Srixon and Cleveland staffer, Shane Lowry managed to keep the chasing pack of three major champions at bay in the final round of the WGC-Bridgestone Invitational which saw him card a final round, bogey free 66 to win by two shots with a total of 269, 11 under par. 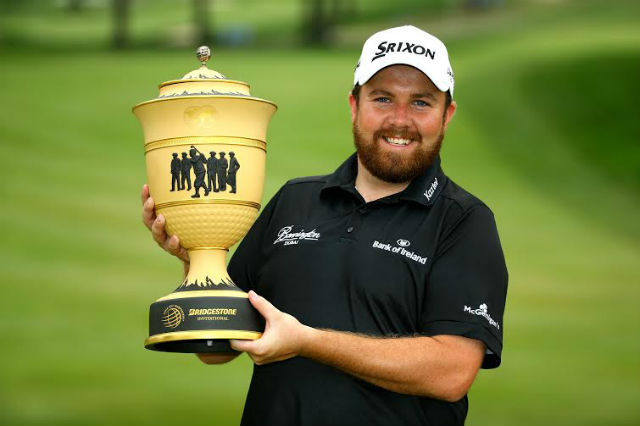 This win chalks up Shane’s third victory on The European and International Tours and moves him into fourth place in the Race to Dubai standings, and into the top 20 of the Official World Golf Rankings, securing all global playing rights for 2016.

When asked about his play, Shane said “I can’t believe it, I played as good a golf as I’ve ever played the last four days. “My Irons are more consistent and my confidence with my wedges is as high as it has ever been and I know that this win moves me a step closer to one of my goals of playing in the Olympics next year.”

The Lowry win comes during the Cleveland Golf 588 RTX 2.0 promotion, which enables anyone who purchases one of the new 588 RTX 2.0 wedges to buy a second wedge at 50% off, helping golfers fill the gaps at the lower end of their bags. More information on this can be found at www.clevelandgolf.com

Shane Lowry - What's In the bag: