His year began with us all wondering whether Rory McIlroy could win The Masters and complete the career grand slam before the age of 26. We now wonder if Jordan Spieth can do it in a year, and become the youngest man ever to win all four of golf's major titles.

After his one-shot victory in the US Open at Chambers Bay, he becomes the youngest player in the modern era to have secured the season's first two majors. And he has done it on two entirely different types of golf course. St Andrews should be a piece of cake for the 21-year-old American.

He began the final round on four under par, tied with Jason Day, Dustin Johnson and Branden Grace. And when Spieth dropped a shot early on and struggled to find the right part of the greens,  it looked like he was going to tumble down the leaderboard. But we should have known better. 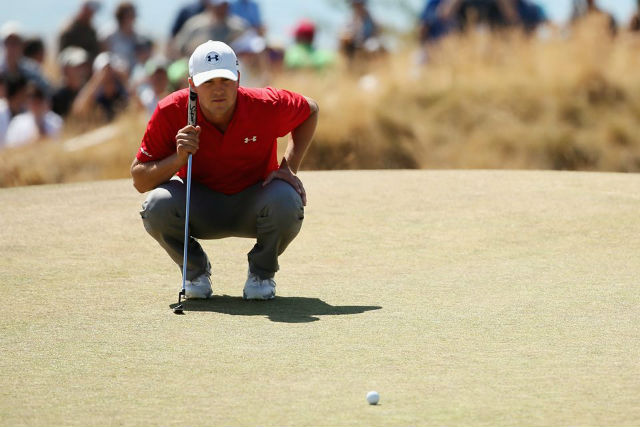 For a brief moment, it seemed that the impossible might happen. McIlroy, who began the day four over par, had progressed to two under and had a short putt on the 14th to move to three under, one off the pace. Had he holed it, who knows what might have happened? But it slipped by and, pushing for more birdies, he dropped a couple of shots to finish on 280, level par.

Louis Oosthuizen, who started the tournament with a 77 and followed it with a pair of 66s, also struggled over the front nine. He reached the turn in 38, but then produced a staggering run of birdies and came home in 29 shots.His 67 left him on four under par, tied for second place with Johnson.

The big-hitting American seemed to have the course and the title at his mercy. Spieth had managed to progress to five under par, recovering his composure to finish with a 69. Johnson came to the last knowing exactly what he had to do. He left himself a 12-foot putt to win, knowing that two putts would tie him with Spieth.

Unbelievably, Johnson ran his first putt four-and-a-half-feet past the hole and, almost inevitably, missed the return. He was devastated, having coming so close yet again. Spieth, however, can surely hardly believe what has happened to him. He still trails McIlroy in the world rankings, but the gap is shrinking. And who would bet against him at the Old Course next month?

Special mention must be made of Jason Day. The Australian collapsed at the end of his second round after suffering a vertigo attack, and he bravely battled on. He was still suffering throughout the final two rounds and it clearly affected his ability to concentrate. Nonetheless, the Australian still managed to record a 72-hole total of 278, two under par. His chance will come again.

So now we all look forward to St Andrews and hope that Spieth and McIlroy arrive there at the peak of their form and give us the showdown we all long to see. It should be a cracker.

As for Chambers Bay, well it looked spectacular, but the greens were a disgrace. And how can you hold a US Open on a course that features holes that spectators can't get close to? It may be golf, but not as we know it.