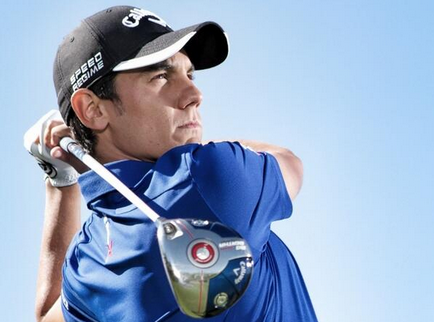 join its Tour Staff, playing a full complement of Callaway and Odyssey products, he will join fellow world stars Henrik Stenson and Harris English as new players in the Callaway stable.
The 20-year-old from Como, Italy, has been a global golf superstar since he burst onto the scene as a 16-year old amateur, becoming the youngest – and first Italian – to win the Amateur Championship in 2009, and in the same year became the youngest winner of the Silver Medal awarded to the leading amateur in The Open Championship at Turnberry.
He also became the youngest player at 16 to make the cut at the US Masters, where he finished 36th in 2010 – the best performance by a European amateur for 73 years.
Matteo was also the youngest winner in European Tour history thanks to his victory in the 2010 Castelló Masters at 17 years and 188 days.
He has won every year since then with victories at the 2011 Maybank Malaysian Open; the 2012 Barclays Singapore Open and, last year, his finest moment to date, winning the European Tour’s flagship tournament, the BMW PGA Championship  with a playoff birdie, becoming the youngest ever winner of that event too.
New Callaway staffer, Matteo, commented: “After testing lots of different products, I am very happy to be joining Callaway and I am really excited to use their whole range of equipment. I'm really impressed with everything so far and the Callaway Team has been fantastic. I'm looking forward to starting the 2014 season with my new clubs at Volvo Golf Champions this week.”