Mid Amateur Golf (www.midamgolf.co.uk) are pleased to announce that Stephen Creed from Maxstoke Park has won the 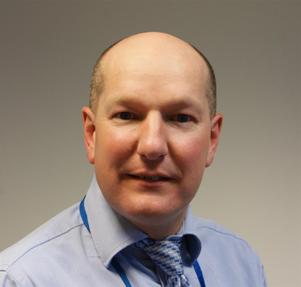 Stephen who plays off a handicap of scratch, played steadily throughout the year and captured the Chart Hills, Berkhamsted and Midland Open titles along with 6 other top 10 finishes.  Stephen finished ahead of Steve Watton (Enville) and Scottish Mid Amateur Champion Colin Johnson (Hainault Forest).  He also held off challenges from a host of players including Welsh Mid Amateur Champion James Bunch and also 2 former Logan Trophy Winners, Martin Young and Thomas Burley.

“We are very pleased with how the tour has developed and the Order of Merit has proved to be a big hit with the players.  The tour and order of merit have been a long time coming and we are committed to providing quality events at quality venues for 2013 and beyond.” Commented Jason Morris, Director of Golf at Mid Amateur Golf.

“Steve is a great supporter of the tour and he is a pleasure to play with and have around.  The tour takes in some of the top ranked courses in the country and with over 16 events and over 25 competitive rounds it is a long year and we would like to thank everyone who plays and supports the tour.”

“The tour is really taking off now with players from all over the UK and Europe and we are looking for potential sponsors who may be interested in joining us for 2014.  We are also in the final stages of planning for 2015 where we are looking at resurrecting the British Mid Am and have had the green light from the R&A to proceed with the event.” Added Jason.

The tour is open to all male golfers aged 35 years or over who are members of a golf club with active handicaps.  Handicap limits for most events are 12 and some have no ballot and are on a first come first served basis.  In 2014 there is a complimentary finals day with the winners playing a grand final overseas.

Players can register for the tour and order of merit at www.midamgolf.co.uk