By: Owen Davies | Mon 28 Oct 2013 | Comments
Tweet
The field is now finalised for the 2013 WGC-HSBC Champions as 78 players from 21 countries arrive at the Sheshan 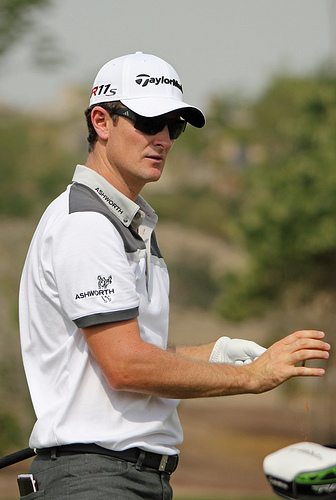 International Golf Club this week to compete for a US8.5 million prize fund in the fourth and final World Golf Championships of the year.
The final field contains 25 of the 2013 European Tour winners, 22 of the 2013 US PGA Tour winners, 40 of the world’s top 50 ranked players and 23 Ryder Cup players with 66 appearances between them. The stellar field boasts 19 Majors, 12 World Golf Championships, 244 European Tour victories, 244 US PGA Tour victories and four players who have been ranked number one on the world rankings. The USA enjoys the highest representation in the field with 24 American stars hoping to join Phil Mickelson on the winner’s roster, while England have ten players and South Africa, the third highest, with eight. There are six Chinese golfers in the field; Wu A-shun, Li Haotong, Huang Mingjie, Hu Mu, Liang Wenchong and Huang Wenyi.
Along with reigning Champion, Ian Poulter, there are six past Champions in the field including two time winner Phil Mickelson(2007, 2009), Sergio Garcia (2008), Francesco Molinari(2010), Martin Kaymer  (2011) and the Champion of the inaugural HSBC Champions in 2005, England’s David Howell.
To the great pleasure of all of the golfing fraternity, Howell has returned to his best form recently, triumphing at the 2013 Dunhill Links Championship in September after a dip in rankings saw him miss out on playing the WGC-HSBC Champions in recent years. He is delighted to be back and said, “I am really looking forward to returning to the Sheshan International Golf Club.  It really hurt me to miss out these past few years as I’ve watched the event grow into ‘Asia’s Major.’  When I qualified, it really felt like an important landmark, hopefully symbolising my return to the top flight of world golf. Winning in 2005 remains one of the highlights of my career and it would be a dream come true if I could get myself in contention on Sunday afternoon against this world-class field.”
The field is littered with stars including 2013 US Open Champion Justin Rose, 2013 Open Champion, Phil Mickelson, 2013 USPGA Champion, Jason Dufner, world number six Rory McIlroy, in-form world number four Henrik Stenson, world number eight and two-time winner on the PGA Tour in 2013, Brandt Snedeker, former world number one, Luke Donald and 2010 US Open Champion Graeme McDowell.  Leading the challenge from the next generation of golf stars is US sensation 20 year old Jordan Spieth along with 20 year old winner of the 2013 BMW PGA Championship Matteo Manassero and young Japanese stars, Hideki Matsuyama and Ryo Ishikawa.
Playing for an increased prize fund of $8.5 million in the recently elevated WGC-HSBC Champions, there is more at stake than ever for the world’s best as they compete in the fourth and final World Golf Championships of 2013, 31st October to 3rd November. For the first time, the HSBC Champions is part of the PGA TOUR’s FedExCup schedule, with money earned counting as official money on the PGA TOUR, and the winner earning a three-year exemption on the PGA TOUR.  The HSBC Champions will also award full FedExCup points, plus the 10 percent premium awarded by all World Golf Championships compared to a regular PGA TOUR event.  With these changes the HSBC Champions is now in line with the other three World Golf Championships played in the United States and is also a key part of the 2013 European Tour’s Final Series.
The WGC-HSBC Champions returns to Shanghai after taking place at Mission Hills last year after seven very successful editions at the Sheshan International Golf Club in Shanghai.
The WGC-HSBC Champions prize fund has increased to $8,500,000 from $7,000,000 and is one of four World Golf Championships sanctioned and organised by the operational committee of the International Federation of PGA Tours, which includes the Asian Tour, European Tour, Japan Golf Tour, PGA TOUR, PGA Tour of Australasia and Sunshine Tour.  The other World Golf Championships include the WGC-Accenture Match Play Championship, WGC-Cadillac Championship and the WGC-Bridgestone Invitational.
The following marquee players have won the coveted WGC-HSBC Champions title;  David Howell, YE Yang, Sergio Garcia, Francesco Molinari and Phil Mickelson – the only one to have won the title twice, Martin Kaymer and Ian Poulter, who became the latest to join that impressive roll of honour in 2012