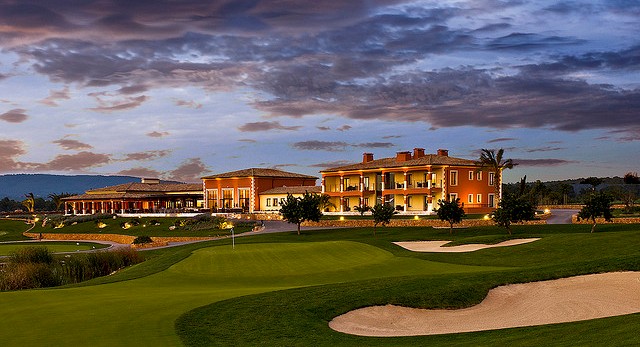 Amateur golfers are being given the opportunity to enjoy some winter sunshine and play tournament golf on Mallorca's top two championship courses in the unique Lindner Mallorca Golf Trophy.

The two-day tournament is an individual Stableford event with golf on the Son Gual and Alcanada courses, generally 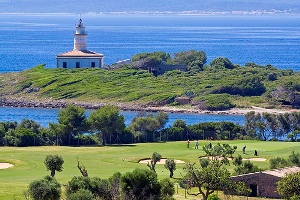 recognised as the two best layouts on the sunshine island.
Three-night, half-board packages (arriving November 28 and departing December 1, 2013) staying at the four-star Lindner Golf & Wellness Resort Portals Nous - surrounded by the Real Golf de Bendinat course and close to the luxury yacht harbour of Puerto Portals - cost €410 per person, based on two sharing a double room.
The price also includes tournament green fees - including trolley, water and a snack - at both Son Gual and Alcanada, and the gala dinner and award ceremony on the final evening. Additional nights and upgrades are available upon request.
Club de Golf Alcanada, in the north of Mallorca, was voted ‘favourite course in Europe' for an unprecedented fifth successive year by readers of leading German magazine Golf Journal, in its annual travel awards, regarded as the German ‘golf Oscars'.
The stunning Robert Trent Jones Jnr-designed layout, the only course on the island adjacent to the sea, came top of the poll to find the favourite European course outside of Germany, and beat Son Gual into second place.
Situated in the north region of Mallorca in a breathtaking location overlooking the Bay of Alcudia, Alcanada's 18-hole championship course was designed by award-winning golf architect Robert Trent Jones Jnr and opened in 2003.
Magnificent mountain and sea views and a mixture of pine and olive groves provide the splendid setting for a round at Alcanada and, despite its tender years, the course is already recognised by the golf industry as one of the finest venues in Spain and Europe and, with Son Gual, is a founder member of The Leading Golf Courses of Spain collection.
The €30m Son Gual golf course opened in 2007 and features large lakes, 66 bunkers, 800 olive trees - some over a thousand years old - wild flowers in the rough areas and vineyards in several areas around the course. Just four years after Golf Son Gual opened, it was recognised by Golf World magazine as the number one on the island and ninth best in Spain. In May 2009 it hosted the Mallorca Senior Open and received gushing praise from a number of the participants: former Ryder Cup captain Ian Woosnam even compared the greens to those at Augusta National.
The 1991 Masters winner said: "It's a bit like Augusta. There are a lot of slopes on the greens. You've got to get the ball on the right side of the hole - if you don't you'll be struggling. Miss it on the wrong side and you're dead."
The delightful African-influenced Lindner Golf & Wellness Resort Portals Nous offers 118 comfortable rooms and suites, two exquisite restaurants, a cosy golf bar, spa area with indoor and outdoor pool, Jacuzzi, saunas, steam bath and gym.
The Lindner Mallorca Golf Trophy takes place on November 29 (Alcanada) and November 30 (Son Gual).
To book a place in the tournament or for further information call +34 971 707 777 or email [email protected]