It was a stunning display of ball stiking that saw Jason Dufner claim the 2013 USPGA Championship at Oak Hill. Here is 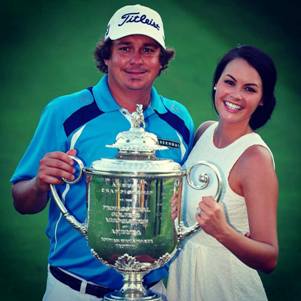 the set up that he used to claim his first ever major title.

Dufner's win caps a remarkable year in the majors for Titleist which saw staff player Adam Scott claim the Masters, in addition Titleist also topped the ball count for the 65th year in a row at the US Open.

Titleist golf balls were also the choice of the  majority of the field at the USPGA Championship, completing a clean sweep of the 2013 Majors for Titleist, being the choice of more players than any other brand at the Masters, U.S. Open and Open Championship. In total, 87 players of the 156-player field put their trust in the legendary Pro V1 franchise. The impressive count was further validated at the top of the leaderboard, where five of the six players who finished in the top five and ties playing the Prov1 range, including Pro V1x loyalists Henrik Stenson and Jonas Blixt who finished third and fourth respectively, and Titleist Brand Ambassador Adam Scott (Pro V1) who finished fifth alongside Scott Piercy (Pro V1x).

65 years and counting for Titleist at the US Open