Titleist celebrate 65 years as No.1 ball at the US Open 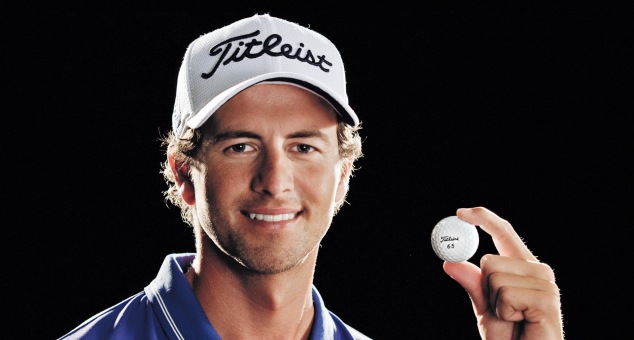 Titleist, continued the longest running success story in golf this week when the U.S. Open teed off at Merion Golf Club. The 2013 staging of the event marks the 65th consecutive year that Titleist golf balls have been the choice of the majority of the field. The performance excellence of Titleist golf balls have been trusted by the majority of the world’s best golfers at Major championships for many years, and this year’s U.S. Open is no different, with 97 players choosing to tee up a Titleist, compared to 23 for the nearest competitor. The legendary Pro V1 franchise has led the way for Titleist golf balls since its introduction in 2000, and with 67 wins across worldwide professional tours in 2013, compared to 20 for the nearest competitor, they continue to set the standard at the highest level of the game.

Last year’s U.S. Open saw Titleist Brand Ambassador Webb Simpson crowned as champion at The Olympic Club in San Francisco. Simpson trusted a Pro V1x golf ball for his success, as well as a full bag of Titleist equipment to storm through the field from six shots behind entering the final round and claim his maiden Major title. Simpson’s victory twelve months ago was part of a Titleist’s triple major success last year, following wins at The Masters for Bubba Watson (Pro V1x), and victory for Titleist Brand Ambassadors at the U.S. Open and USPGA Championship respectively. This year’s first Major championship marked another victory for a Titleist Brand Ambassador, with Adam Scott putting his trust in the feel and control of the new 2013 Pro V1 to emerge victorious at The Masters on the second hole of a sudden death playoff against Pro V1x loyalist Angel Cabrera.

Joining defending champion Webb Simpson and 2013 Masters champion Adam Scott at this years’ U.S. Open are a host of Titleist golf ball loyalists, who each play their part in continuing the Titleist success story at the event. A number of players trusting Titleist this week have already claimed notable victories in 2013, including Titleist Brand Ambassador Matteo Manassero (Pro V1x) who claimed the biggest win of his career at the BMW PGA Championship, plus Jamie Donaldson (Pro V1) and Marcel Siem (Pro V1x) who have also been victorious on the European Tour this season. Joining these players in their quest to claim a maiden Major Championship are Pro V1x loyalists Michael Thompson, Kevin Streelman, D.A. Points and Billy Horschel, all of whom have won titles on the PGA Tour in 2013.
This success story underlines the manufacturing excellence that goes into every Titleist golf ball, and epitomises the brands continued pursuit of superior performance. A 65th consecutive year as the #1 ball at the U.S. Open continues to prove that the world’s best players opt for the performance excellence, quality and consistency of Titleist to deliver success.
Visit http://www.titleist.com/us-open/ for exclusive Titleist content during the 2013 U.S. Open

How they make the Pro V1 - VIDEO