Top 8 contenders for the US Open

This preview was bought to you by My Sports Tips - A sports blog offering insight, opinion, betting tips and the best golfing sportsbook deals.

Tiger has been on red hot form this year winning four strokeplay events including the player’s championship, not a course that suits his eye. This win arguably says more about his form than any other and indicates he is back to his best.  He has won 3 US Opens before and the short Merion is likely to suit his game management style. Expect plenty of 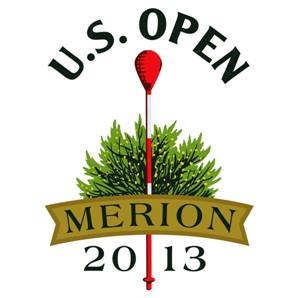 stinger two irons and a Tiger fist pump at the end of the week.
2. Graeme McDowell
2nd last year and win in 2010 at Pebble Beach tells you all you need to know about Graeme McDowell and the US Open. He is has also racked up a series of top ten in this event. Bottom line is that he loves it and seems to peak at this time of year. Along with Woods and Kuchar he is the only multiple winner on the PGA Tour.
3. Ernie Els
Ernie already has two wins under his belt in the US Open, but they came in the 90’s and he seemed to have been on the decline after a series of disappointing years, but his record has always been good at the US Open and is enjoying a Indian summer to his career following his British Open win last year and adoption of the belly putter. He was quoted as saying he would not use the belly putter again in a major, but it is hard to see him following through on that threat. I he doesn’t expect to see him hanging around the top of the leader board come Sunday afternoon.
4. Rory McIlroy
It is fair to say that Rory has not been at his best in 2013 with only a 2nd place at the Texas Open and a 8th at the Players showing what he is capable of. His remarkable victory at the 2011 US Open still resonates and a runaway win at last year’s USPGA show that when he hits his best form, he is unbeatable. He often performs well after a break and has had the last couple of weeks off.
5. Webb Simpson
Simpson’s win at Olympic Club last year came as no surprise and he has not suffered from the post win blues that sometimes effect players. His form this year has been a little patchy and his record in other majors is not great, however the US Open has a habit of producing repeat champions such as Retief Goosen and Ernie Els, it could be that Simpson will add his name to that list
6. Brandt Snedeker
Snedeker has a great record in the US Open with three top 11 finishes and has also competed well in the Masters and Open. A flying start to 2013 saw him rack up two 2nd places and a win before a rib injury sidelined him for month. He came back and competed well at Augusta. A major win is surely only a matter of time for the likeable American.
7. Matt Kuchar
Matt Kuchar won only last week in the memorial and was second the week before. He also won the World Matchplay Championship earlier in the year and is now No.4 in the world. With that kind of form and massive home support, it is hard to see Kuchar not competing for his major at Merion. His record in major is also much improved and is competing for the games biggest titles on a regular basis.
8. Sergio Garcia
Garcia is an unfulfilled talent, whether he will ever win a major remains to be seen, but the Spaniard certainly possesses all the attributes to win the US Open. A great ball striker and arrow straight driving should see him towards the top of the leader board. His recent spat with Woods may give the fuel he needs to win his first major and prove the doubters and haters wrong!

Top 10 players never to win the US Open