Win a years supplies of Bridgestone balls by watching the Masters!

Bridgestone Golf has launched a special Twitter campaign to coincide with its first ever UK television advertising campaign, 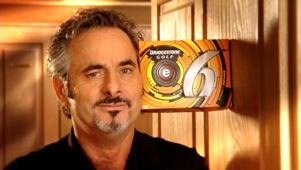 which will see seven golfers win a year’s supply of golf balls during Sky Sports’ coverage of The Masters.

Bridgestone has completed a record of more than 200,000 fittings worldwide and are screening its new commercials seven times from Wednesday 10 April to Monday 15 April and has invited viewers to tweet the hashtag #BridgestoneGolf as soon as each advert starts to air. The first person to send the tweet after each commercial will win a year’s supply of golf balls – with the exact model determined by Bridgestone’s online ball-fitting:
The new commercials feature celebrity golf presenter and former Ryder Cup player David Feherty, who introduces the two 30-second advertisements that convey Bridgestone’s ‘you have to compress it to boom it’ theory behind its range of golf balls, including the new 5, 6 and 7 e-Series balls launched earlier this year.
“The Twitter competition is a fun and exciting way of marking Bridgestone’s TV commercial debut here and continues our biggest ever golf ball drive in the UK market,” said Steve Kettlewell, MD of Bridgestone Golf UK.
Bridgestone Golf’s Tour team – which accounts for 21 Major titles and more than 350 tournament wins worldwide – will be represented at Augusta this year by former Masters champions Fred Couples and Sandy Lyle, as well as recent AT&T winner Brandt Snedeker and WGC-Accenture Match Play champion Matt Kuchar.
For further details of all Bridgestone Golf balls, visit www.bridgestonegolf.com