The Rise and Rise of Snedeker

The rise of of Brandt Snedeker has been stunning, but has come as no surprise following promising performance over the last few years on the PGA Tour. He came to our attention following a run at the Masters in 08. Since then he has slowly climbed the rankings and has won the FedEx cup and had a monumental start to 2013 finishing 3rd once 2nd twice and winning the AT&T Pebble Beach Pro-Am.

No Player has won more PGA Tour events since 2011 than Snedeker. His seemingly no fear attitude, quick play and much vaunted 'pop' putting stroke are winning him fans the World over and he is accumalating some serious cash. Surely a major is just round the corner! 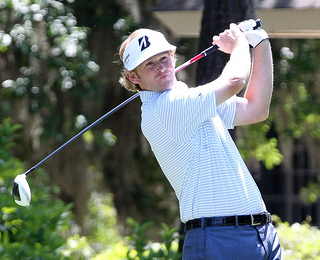 Brandt Snedeker - In The Bag