Less than a week has passed since the USGA and R&A announced a ban on anchoring putters. Leading putter manufacturer Odyssey Golf have reacted by bringing out a new range of putters aimed specifically at those using an 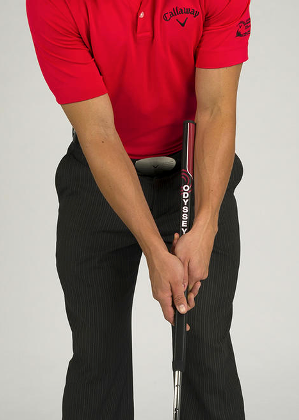 A few eyebrows were raised when the games governing bodies did not go so far as to ban the putter from resting on the forearm. Notably it is the method that American Matt Kuchar has used for the past year. As a result Odyssey golf have announced a range that will take advantage of this putting method, it will be called the 'Arm lock' range. The hugely popular Metal X range will be increased to include two 'arm lock' models. they are though to be the mallet headed No.7 and Dart.

Following the ban Chris Koske, Global Director at Odyssey released a statement in reaction to the ban where he vowed to look for innovative ways to expand odyssey's range. He said;

"We'd like golfers everywhere to know that Odyssey has an optimistic approach to the proposal regardless of the outcome. As the #1 Putter in Golf, we have more tour players around the world playing and winning with Odyssey putters than any other company, and we will continue to work with those players to innovate new products and new, alternative methods to putt at the highest level."