Top 60 get set for Dubai challenge

The top 60 in the Race to Dubai are getting ready for the season ending Dubai World Tour Championship. The event is played over the Earth Course and carries a prize fund of $8 Million and a bonus prize pool of $3.75 million. 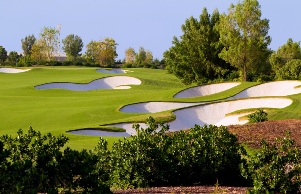 the likes of Rory McIlroy, Luke Donald, Lee westwood and Martin Kaymer all reaching the world no.1 slot in recent years. This rise has coincided with the rise of the game in the Middle East and Asia. This has seen major tour stops to be created with big money purses including the finale of the Race to Dubai.

Due to a withdrawals the field is now only 57, but is still incredibly strong and is led by world no.1 Rory Mcilroy. He missed the cut last week, but commented on how it might effect his chances in Dubai:

“Obviously Hong Kong wasn’t the week that I wanted, but at least it gave me the chance get to Dubai a bit earlier and work on a few things. I definitely needed to work on my putting a little bit, because I feel like I’m still hitting the ball well, I just haven’t holed enough putts over the past two weeks. I was maybe also a little bit tired, mentally and physically.

“I think if I was completely fresh, I wouldn’t have made the mistakes I did in Hong Kong last week.  So in some ways, even though I obviously wanted to defend my title in Hong Kong, maybe having the weekend off worked out for the best, as it gave me the chance to rest up and recharge the batteries. It’s already been an amazing season, and hopefully I can round it off in style in Dubai this week.”

McIIroy will be joined by his fellow 2012 Ryder Cup stars as well as recent winners Padraig Harrington, Matteo Manassero, Henrik Stenson and the old man of the field Miguel Angle Jiminez.