Rory aims to wrap up Race to Dubai in Singapore

This week sees the European Tour continue its late season swing in the Far East. The Singapore Open will get underway tomorrow (Nov 8th) at Sentosa Golf Club.

Rory McIlroy headlines a field which includes Phil Mickleson and should McIlroy enjoy a successful week and win he will take an unassailable lead on the European Tour Money list and win the Race to Dubai with two events to spare. McIlroy has already won the PGA Tor money list and could follow in the footsteps of Luke Donald who won both Money Lists in 2011.

McIIroy is currently 764,766 Euros ahead of Peter Hanson. with Justin Rose lying 3rd and Ian Poulter in 4th after his impressive win in the WGC-HSBC Champions tournament last week. McIlroy commented on his position in the Race to Dubai: 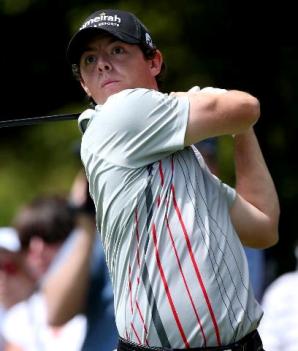 “I’m in the lead at the minute, and it would be nice to increase that. I’ve had a good run in the last couple of weeks, and it would be nice to go to Dubai with a healthy lead. It’s good to know that if I play half way decent in my remaining tournaments, I can win the money lists in Europe and the US. There’s still a lot to play for in the next three weeks, and now I want to finish off the season as strongly as possible.”

He went on to say:

“It’s already been a very successful year. Winning my second Major Championship was a huge milestone, a huge stepping stone in my career, and now I want to follow up next season with another Major. I’ve almost achieved all the goals I wanted to this year: I wanted to win a Major, I wanted to get to World Number One, and I wanted to win a few tournaments around the world.

“But the season is not over yet, there’s another three tournaments left and it would be great to get another win or two before the year has finished. If I can just keep doing the same things, and try to become better at certain aspects of the game, that’s what I need to do to keep progressing and keep getting better year by year. I’ve done that every year since I turned pro, and hopefully I can still keep that progression going.”

It is maybe a clear indication of golf's growing globalisation that players are now winning money lists on both sides of the Atlantic. This coincides with the continuing success of the WGC events and the growth of the game in the Far East. It is even rumored that Tiger Woods may also join the European Tour next year should the Tour reduce the number of qualifying events to 11.

Although there is no talk of a World Tour amongst the powers in the game, it seems that we are pretty already there in an unofficial capacity.