Kaymer, the 2010 US PGA Champion, is looking forward to defending the title which he won in such style last November, 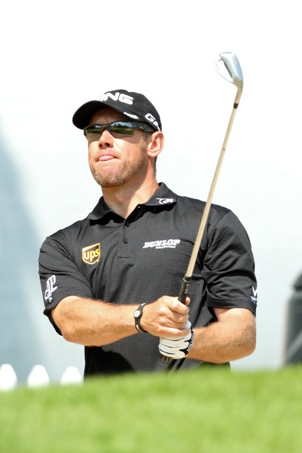 with nine birdies on the final day leaving him three shots clear of the chasing pack.  Germany’s number one player, Kaymer, commented,

“I think HSBC is a lucky charm for me! I really like HSBC tournaments as I seem to play so well in them. Last year I won HSBC’s tournament in Abu Dhabi again and then I had an amazing week at the WGC-HSBC Champions in November. It is a little bit of a disadvantage to be defending my title on a different course but I really liked the Olazabal Course when I played the World Cup there in 2009 so I am looking forward to returning and seeing if I can mount a successful defence of this prestigious title.”

“I haven’t had as good a year as I would have liked and I really want to finish my season on a high note so winning my second World Golf Championships would be a great way to turn my season around. It is the biggest event we play in Asia and it is one that everyone wants to win.”

World Number Two Luke Donald is also eagerly anticipating his week at the WGC-HSBC Champions having missed out on playing last year at the last minute as he awaited the birth of his second daughter. Donald added,

“I was so disappointed to miss out on playing at the WGC-HSBC Champions last year although it was for the best possible reason! It is Asia’s flagship event and  has become a very significant  tournament worldwide and I think our performances there will be a key factor in deciding both the Race to Dubai and the World Ranking come the end of the year.”

“I’ve had great experiences at the WGC-HSBC Champions and I am really looking forward to playing in the next edition. I love competing around the world, and it’s truly exciting in the growing markets of Asia and China because there’s a real buzz about golf and the fans are so enthusiastic and appreciative. Although I have won the title twice, this year we are playing on a new course in a new venue so I won’t have the advantage of my past experiences. This is a world-class tournament and to win my third title would be a wonderful finale for my season.”

“As Asia becomes ever more important on the global golf map, I think it would be very special to claim my first World Golf Championships title in China. I enjoy this tournament and, having never finished outside the top 15 including two second place finishes, hopefully I can finish one place higher this year.

The final World Golf Championships of 2012 will take place at Mission Hills for the first time after seven very successful editions at the Sheshan International Golf Club in Shanghai. With the announcement of these great players, a stellar field is expected to be revealed over the coming weeks by tournament organisers, IMG.

The WGC-HSBC Champions boasts a prize fund of $7,000,000 and is one of four World Golf Championships sanctioned and organized by the operational committee of the International Federation of PGA Tours, which includes the Asian Tour, European Tour, Japan Golf Tour, PGA TOUR, PGA Tour of Australasia and Sunshine Tour.  The other World Golf Championships include the WGC-Accenture Match Play Championship, WGC-Cadillac Championship and the WGC-Bridgestone Invitational.

The following marquee players have won the coveted WGC-HSBC Champions title;  David Howell, YE Yang, Sergio Garcia, Francesco Molinari and Phil Mickelson – the only one to have won the title twice – and as referenced above, Germany’s Martin Kaymer became the latest to join that impressive roll of honour in 2011.