Just What is Ian Poulter Talking About

WHAT planet is Ian Poulter living on? I have always admired The Postman. He is a golfer who has managed to extract the very best from himself, having turned professional with a handicap of five.

He has performed some heroics for Europe at the Ryder Cup, never more so than in that astonishing comeback victory at Medinah.

But he has clearly lost the plot when he says that if he qualifies for the European Ryder Cup team he will probably reject the opportunity.

For the record, six golfers will qualify automatically for Luke Donald’s team and the captain will then pick a further six players to challenge the defending US team in Italy.

In what world does Poulter believe he has any chance of qualifying for the team? He is now ranked outside the top 150 in the world.

In 16 starts on the PGA Tour in 2021-22, his best finish was 13 at the Zurich Classic. And in six DP World Tour starts he managed a tie for sixth place at the Abu Dhabi Championship in January 2022 and missed the cut at the Dubai Desert Classic and Scottish Open.

And, of course, he defected to LIV Golf, where he has hardly set the world on fire. 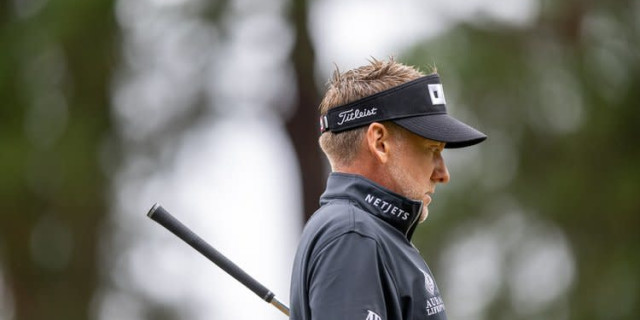 He has just celebrated his 47th birthday, and probably spent it counting his LIV millions.

In what wasn’t his proudest hour, Poulter took to social media to complain about a lack of birthday greetings towards LIV and former Ryder Cup players.

"Through time I have said lots of silly things," Poulter said. "Should I have said it? Yes and no. All I did was highlight a fact. There was no other reason.

"Look, 2022 was full of big distractions. And my full focus for 2023 is to have as little distractions as possible, play good golf and enjoy myself."

A court ruling next month will decide whether the DP World Tour can ban LIV Golf defectors, but even if Poulter is given the thumbs up to carry on competing his recent form indicates that he has no chance of making the team.

He played in Abu Dhabi, where he finished in 60th place, and is teeing it up at the Dubai Desert Classic. Unsurprisingly, there was some media interest, especially as this is a Ryder Cup year.

Poulter said: "I'd love to qualify. Whether I play would be a different thing. I haven't given up on anything. I certainly don't expect to get one of the six [captain's] picks. Not in any way, shape or form. Which is also a shame. What does that tell you? What is the story there?”

What does that tell you? What is the story there? Really Poults?

US Ryder Cup captain Zach Johnson has already made it abundantly clear that no LIV rebels will be representing their country at Mafrco Simone Golf Club in September.

It is a certainty that Luke Donald will be following suit. He has refused to commit himself but his star player, Rory McIlroy has said more than once that there should be no place in the European team for LIV golfers.

And let’s not forget that Donald was appointed as captain after Henrik Stenson, the original choice, was sacked after he decided that his future lay with LIV.