In his latest View From The Fairway opinion article, Derek Clements takes a closer look at the two teams announced for the Hero Cup in January and analyses whether the event can make a difference for Europe at September's Ryder Cup.

THE teams for the Hero Cup match in Abu Dhabi in January have been announced but, as expected, the men who will form the beating heart of Europe’s Ryder Cup team to take on the USA in Italy next year are missing in action.

There will be no Rory McIlroy, no Jon Rahm, no Viktor Hovland and no Matthew Fitzpatrick.

European captain Luke Donald has tried to sell this event as a Ryder Cup warm-up, but how can it be?

Fleetwood’s team includes Callum Shinkwin and Matt Wallace. Do you believe either of these men has a prayer of making Donald’s team?

On the other hand, the positive news is that Seamus Power and Sepp Straka are taking time off from their hectic PGA Tour schedules. Power will be playing for Fleetwood’s team, while Straka is lining up for Molinari. It is an indication of their determination to make the team for Italy.

Donald has indicated that he sees this event as an opportunity to build some team spirit but how can that possibly happen without the likes of McIlroy, Rahm, Fitzpatrick and Hovland?

Fleetwood and Molinari each have one more place to fill but don’t hold your breath that any high-profile golfers will be stepping in. 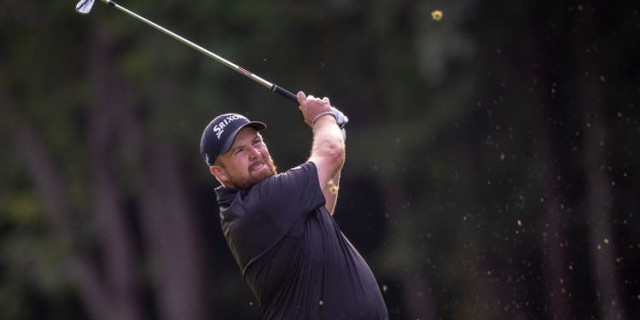 Fleetwood will also point to the inclusion of Tyrrell Hatton and Shane Lowry in his team as a positive, while Molinari’s side boasts Alex Noren and Thomas Pieters, two men with Ryder Cup experience and genuine hopes of making it to Marco Simone Golf Club. Pieters takes part the week before defending his Abu Dhabi HSBC Championship title at Yas Links.

Adrian Meronk and Rasmus Hojgaard have also committed to the event. That is another positive as both are certain to be on the fringes of Ryder Cup selection.

And the same can be said for Thomas Detry, who has made an excellent start to his career on the PGA Tour. But the Belgian is still searching for his first tournament victory. Surely Donald will want a team of golfers who all know what it takes to win a golf tournament. There is no doubting Detry’s ability but there is clearly something missing from his make-up.

I might be completely wrong but I keep coming back to the fact that there is simply no way that the Hero Cup can prepare rookies for the pressure they will face at the Ryder Cup.