Tiger Woods was expected to compete in the Hero World Challenge this week, but the 15-time major champion has withdrawn due to plantar fasciitis in his right foot.

Despite this disappointment, Woods has assembled a star-studded field this week, with Viktor Hovland back to defend the title he won 12 months ago. He will be joined at Albany in the Bahamas by a group that includes Scottie Scheffler, Xander Schauffele, Jon Rahm, Tony Finau, Justin Thomas, Jordan Spieth, Collin Morikawa, and Matt Fitzpatrick.

On top of that, Cameron Young, Sungjae Im, Max Homa and Tom Kim will all be making their first appearance. By anybody’s standards, it is a pretty impressive field. 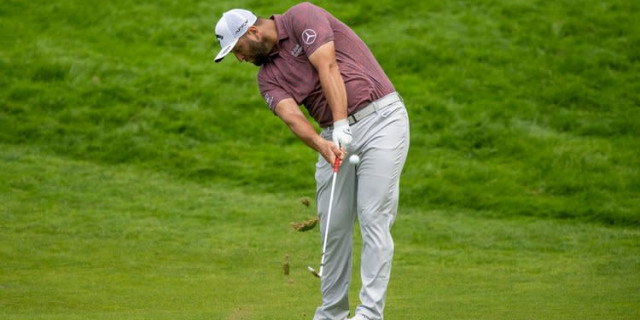 Albany was designed by Ernie Els and is a spectacular course that combines the best of links and desert golf. There are several water hazards and waste areas but the fairways are pretty generous. It is a par 72 measuring 7,309 yards.

There is a perception that Jon Rahm has had a poor year. Oh yes? He won the Mexico Open, the Open de Espana by six strokes and the DP World Tour Championship. That’s the sort of poor year most players would settle for. Oh, and he is a previous winner here.

Justin Thomas. This course is made for him