RORY McILROY arrives in Dubai for what he hopes will be his coronation as Europe’s number one when he tees it up at the DP World Tour Championship.

McIlroy has led the DP World Tour Rankings since The 150th Open at St Andrews in July, with US Open Matthew Fitzpatrick in hot pursuit in third place.

Both players have enviable records on the Earth Course at Jumeirah Golf Estates, with four victories and 10 further top ten finishes between them, with Fitzpatrick winning the season-ending event in 2020.

After winning the PGA Tour’s FedEx Cup for a third time with his victory at the Tour Championship at East Lake, the four-time major champion returned to the top of the world rankings after winning the recent CJ Cup.

And he now has his sights on securing the season-long title on the DP World Tour for the first time since 2015. The Northern Irishman first finished top of the standings in 2012 and then won back-to-back Harry Vardon Trophies in 2014 and 2015.

“I’m really excited to return to the DP World Tour Championship, especially with a chance of winning the Harry Vardon Trophy for a fourth time,” said McIlroy. “I have some great memories of playing golf in Dubai, from making my first cut on Tour as an amateur, to winning my first DP World Tour title and then finishing top of the rankings on three occasions.

“To win both the DP World Tour Rankings and the FedEx Cup in the same season would be a great achievement and would cap what has been a memorable year on the golf course.” 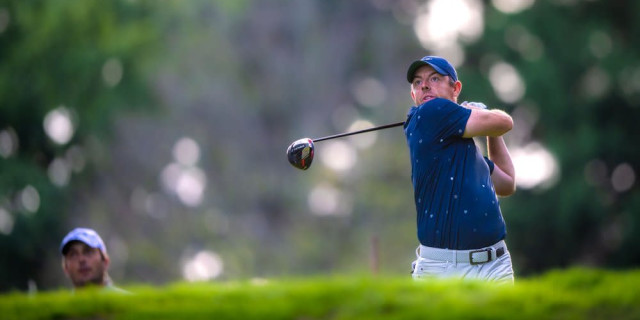 Fitzpatrick won his eighth DP World Tour title at this year’s US Open, famously triumphing at the same venue he won the US Amateur Championship nine years earlier, becoming just the second golfer next to Jack Nicklaus to win both championships on the same course.

The Englishman has three further top ten finishes to his name this season, including a runner-up result at the Italian Open, held at next year’s Ryder Cup venue, Marco Simone Golf and Country Club.

“It’s very exciting to go to Dubai with a chance of winning the DP World Tour Rankings,” said Fitzpatrick. “I’ve come very close to finishing top in the past, so I’ll be going to Jumeirah Golf Estates with a lot of confidence knowing that I’ve had some great results on the Earth Course in the past.”

With huge prize money on offer, the likes of Robert MacIntyre and Shane Lowry will be looking to lay down further markers with next year’s Ryder Cup at Marco Simone Golf Club in mind.

New Zealand’s Ryan Fox, who has had a sensational season, is breathing down McIlroy’s neck in second place in the rankings but you have to believe that the Northern Irishman is going to finish the season off in style.

The Earth Course has been carved out of the desert and is a par 72 measuring 7,605 yards. It features plenty of sand, many water hazards, large undulating greens and many strategically-placed trees.

It is difficult to see beyond McIlroy (pre-tournament favourite on Betway) as a likely winner. Although he failed to add to his major tally, he came within a whisker of winning The Open and has won four times in the past 12 months, most recently at the CJ Cup, when he returned to the top of the world rankings. He is a former winner here and adores this part of the world. And the same can be said for Matthew Fitzpatrick, who is a two-time winner of this tournament and has enjoyed a stellar 12 months, winning the US Open and establishing himself on the global stage.

Matthew Fitzpatrick. Has grown in stature since winning the US Open (9/1)

Tyrrell Hatton. Would love to win this week (16/1)