IT IS a sign of the times in which we are now living that, for the second week on the trot, the champion will not be defending his title at the RSM Classic.

Last week at the Houston Open it was Jason Kokrak, this time it is Talor Gooch. Both men have, of course, defected to LIV Golf and have been suspended by the PGA Tour.

Twelve months ago Gooch shot a final round of 64 for a three-shot victory at Sea Island, his first PGA Tour title.

Gooch reeled off three birdies in four holes to start the back nine and never let anyone get close. The victory moved him to the top of the FedExCup standings, to No. 33 in the world rankings and earned him an invite to Augusta National in April for The Masters.

Gooch also got as high as 31st in the world rankings but has now slipped to 40th, and that slide is going to continue until such time as LIV Golf can persuade the powers-that-be at the Official World Rankings to start offering them ranking points.

Seamus Power and Sepp Straka will be looking for another big week as both begin to lay their claims for Ryder Cup berths. Both men are unassuming characters who go about their business in a quietly efficient manner.

They are joined by another European who is still looking to find his way back to his best form. Since winning The Open at Carnoustie in 2018, Francesco Molinari has endured something of a rollercoaster ride. He was in good shape to win The Masters in 2019 before succumbing to the par-three 12th and giving second best to Tiger Woods. He then endured something of an injury nightmare but is finally back to full fitness and there have been some encouraging recent signs.

He started well at the Mayakoba Classic, with rounds of 68 and 64, before struggling at the weekend. The Italian would love nothing more than to be part of Luke Donald’s team at Marco Simone Golf Club next year, so you can be certain that he will be giving it his all. 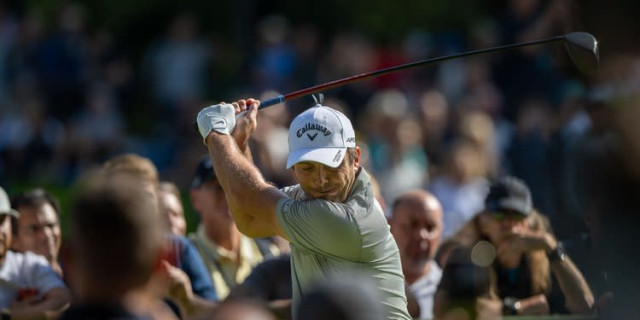 This is also a venue that should suit the big-hitting Tony Finau. He took time off after the Presidents Cup and missed the cut at the Mayakoba Championship during a week of spectacularly low scoring. But it didn’t take him long to find his best again, playing some spectacular golf at last week’s Houston Open.

The tournament is contested at the Sea Island Resort on two courses, the Seaside Course (par 70) and the Plantation Course (par 72). The first and third rounds occur at Seaside, while the second and fourth rounds are contested on the Plantation course. Both courses are located at the peak of St. Simons Island. The Seaside course is a links course that took inspiration from St. Andrews, while the Plantation course is filled with marsh and forest. Harry S. Colt created the Seaside course, which Tom Fazio later revamped in the late 90s.

Tony Finau took some time off to recharge his batteries after the Presidents Cup but came back in style at the Houston Open. He is one of the most consistent performers on the PGA Tour and this is a venue that is made for his game. Seamus Power is now a two-time winner on the PGA Tour and has made an outstanding start to the 2022-23 season. He won the Bermuda Championship and finished in a tie for third at the Mayakoba Classic, after which he led the FedEx Cup standings and found himself ranked 29th in the world. The Irishman is the real deal.

Tony Finau. Try to find a weakness in his game

Tony Finau. We all know about his big-hitting, but he is also a great wedge player

Francesco Molinari..Desperate to get back to the top

Garrick Higgo. Still looking for his game, but some encouraging signs

S.H. Kim. South Korean who is quietly making a name for himself

Sahith Theegala. Will win - it’s just a matter of time