Russell Henley Player Profile And What's In The Bag

RUSSELL HENLEY ended a five-year winless drought when he claimed the Mayakoba Championship by four shots from Brian Harman.

Henley began the day with a six-shot lead but made a bogey on the par-5 fifth – his first bogey of the week. However, he bounced back with successive birdies at the sixth, seventh and eighth holes and the result was never in doubt from that point.

“Walking up 18 I kind of felt like I wanted to cry a little bit,” admitted Henley. “It was almost … just a little bit of emotion, just so much happiness looking back at the times where I kind of choked. I remember at (the Wyndham Championship) a couple years ago, just should have easily won the tournament, was just playing great and didn't get it done. It was such a tough feeling because I put in a lot of work like we all do and just, you know, choked.

“It was just a lot of emotion thinking about how … I'm still here, I'm still fighting, and I just can't believe that I got it done.”

Who Is Russell Henley?

He was born on April 12, 1989 in Georgia. He had a stellar amateur career, representing the USA in the Walker Cup in 2011, after which he turned professional. His first PGA Tour event was the Sony Open in 2013 and he became the first player in 12 years to win in his maiden appearance. His second win came in 2014 at the Honda Classic but had to wait until 2017 for his next success, at the Houston Open. He led the US Open in 2021 after three rounds before stumbling to a final round of 76 and a 13th place finish.

Henley averages 299 yards from the tee, hits 75% of fairways and 70% of greens in regulation. He averages 4.50 birdies per round and gets up and down from the sand 40% of the time. 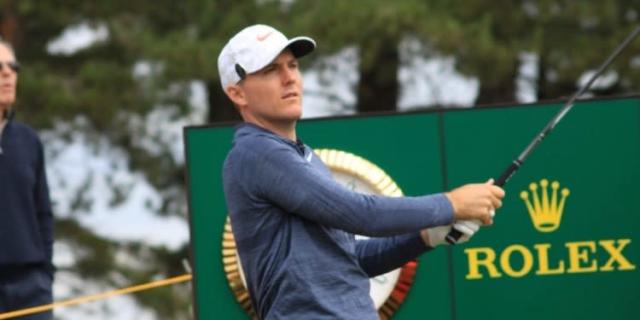