FANS will return to the World Wide Technology Championship at Mayakoba for the first time in two years as Viktor Hovland returns in an attempt to win the title for the third year on the trot.

The hugely talented Norwegian will have his work cut out for him, however, with his biggest challenge perhaps coming from Collin Morikawa.

The American has not enjoyed a vintage season but these things are all relative. It is easy to forget that he is still only 25 years of age and has only been playing on the PGA Tour for four seasons.

"Collin Morikawa is such an exciting addition to our field,” said Joe Mazzeo, Tournament Director. “He is an incredible player and a true gentleman; I know our fans will enjoy getting to watch Collin tackle El Camaleón.”

This year’s World Wide Technology Championship at Mayakoba will mark the latest appearance in Mexico for Morikawa, who has enjoyed success south of the border in the past. In addition to the 2020 WGC-Mexico Championship, Morikawa competed as an amateur on three occasions at the Cabo Collegiate presented by CFO4Life including in 2018 when he claimed the title as individual medalist. 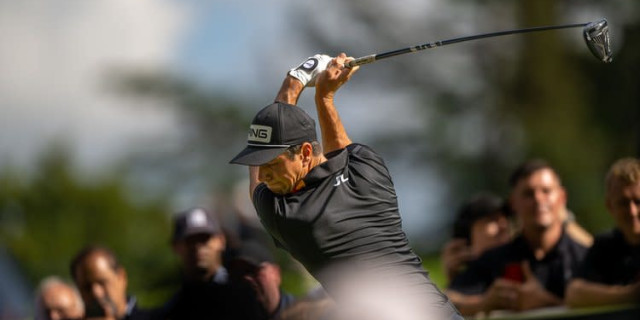 The field will also include Tony Finau and Billy Horschel. Finau won in back-to-back weeks on the PGA Tour earlier this year and ultimately finished ninth in the final FedExCup standings. Horschel is a seven-time PGA Tour winner whose 2021-22 season was highlighted by a victory at the Memorial Tournament presented by Workday.

The field features several other major champions, including Jason Day of Australia, Lucas Glover and Jason Dufner of the USA, Francesco Molinari of Italy, and England’s Justin Rose and Danny Willett.

If you are looking for a possible European champion, Alex Noren and the vastly underrated Sepp Straka could be worth keeping an eye on.

Noren, from Sweden, has always done things his own way and has spent the past couple of years splitting his time between the PGA Tour and DP World Tour. He missed six cuts on the PGA Tour last season, but was sixth at the Phoenix Open, fifth at the Honda Classic and runner-up at the Barracuda Championship. He is a streaky player but if he arrives in Mexico with his A-game then he could easily win.

Straka made 33 starts in 2021-22 and missed 14 cuts. But his form in the 19 events where he did make it to the weekend was pretty special. He won the Honda Classic, finished in a tie for third at the RBC Heritage and then, after missing six cuts on the trot, was runner-up at the Fedex St Jude. He also finished in a tie for seventh at the Tour Championship and kicked off the new season with a runner-up finish at the Sanderson Farms Championship.

Following two years with no public tickets due to the pandemic, 2022 will see the public welcomed back to Mayakoba.

El Camaleón Golf Club was designed by Greg Norman. It is a par 71 measuring 7,039 yards and is cut through jungle and tropical mangroves. The fairways are narrow, with plenty of trees and several water hazards.

Sepp Straka, from Austria, is a streaky player. The chances are that he will either miss the cut or win. At his best he is a very impressive golfer - and has already nearly won this season. It is a measure of Collin Morikawa’s talent that a season in which he twice finished runner-up and had eight top-10 finishes is widely regarded as a disappointing one.

Sepp Straka. At his best he is very difficult to beat

Viktor Hovland. One of Europe’s finest

Collin Morikawa. Could do with a win

Erik van Rooyen. Will surely make the breakthrough at some point

Callum Tarren. English golfer looking to make a name for himself

Matt Wallace. Trying to get his career back on track

Rory Sabbatini. Still capable of competing with the very best