7 DP World Tour Events That Should Be Elevated

A NUMBER of tournaments on the DP World Tour have seen their status upgraded - we have the Rolex Series events and the likes of the Scottish Open is now jointly sanctioned with the PGA Tour, guaranteeing a world-class field.

The PGA Tour has announced four additional “elevated” events which will have prize funds of $20m and guaranteed appearances by top players.

As part of the response to the threat posed by LIV Golf, the PGA Tour’s top players have committed to playing against each other at least 20 times a year.

The 20 events are made up of the four majors, the Players Championship, 12 elevated tournaments on the PGA Tour - eight of which had already been named - and three other events chosen by the players.

But what about this side of the pond? It got us thinking about tournaments on the DP World Tour that we believe could perhaps do with a review - and a boost in prize money and status. 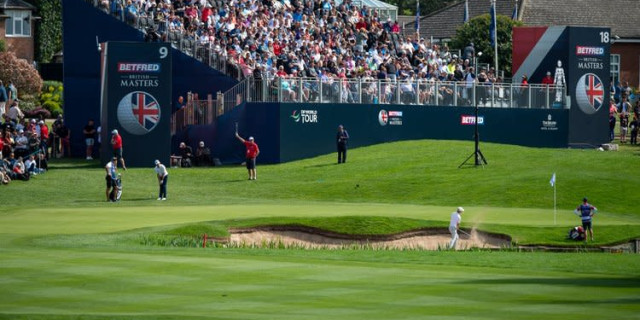 Played at the iconic Le Golf National, venue for Europe’s wondrous Ryder Cup victory in 2018, the French Open has been a Rolex event in the past. It is one of the tour’s longest-standing tournaments and always attracts a strong field. And Le Golf National is located near Paris, one of the best cities in the world.

Again, another tournament that has in the past been a Rolex Series tournament. It has now found a world-class home at Marco Simone Golf Club, home of the 2023 Ryder Cup. In the run-up to the event you can be assured that the field for the Italian Open in 2023 will be one of the strongest anywhere in Europe. It’s time for a permanent upgrade.

Apart from the Open Championship, the South African Open is the oldest national open in the worl, and it is about time it was recognised as such. South Africa boasts many world-class courses - and an increasing number of world-class golfers. It was won 13 times by Gary Player and nine times by Bobby Locke. Other past champions include Ernie Els, David Frost, Retief Goosen, Tim Clark, Trevor Immelman, Henrik Stenson, Branden Grace and Louis Oosthuizen. By anybody’s standards, that is a pretty illustrious list.

Here’s a radical thought. Instead of moving this tournament around every year, locate it permanently at The Belfry, boost the prize fund and then sit back and watch the world’s best golfers attempt to solve the puzzle that is the par-four 18th - one of the most difficult closing holes anywhere.

How on earth is it possible that arguably the most enthusiastic golf fans in the world do not have a Rolex Series tournament? Both Northern Ireland and the Republic of Ireland boast a host of stunning golf courses. The turnout for the Open Championship at Royal Portrush in 2019 tells you everything you need to know about how the Irish feel about golf. They love it. And they embrace their local heroes.

In Celtic Manor, Wales has a truly world-class centre for golf. Spectacular holes combine with luxurious on-site accommodation. Welsh golf needs a superstar but in the absence of one, let’s see Ian Woosnam as the frontman for a high-profile Wales Open, which is currently absent from the newly announced 2023 DP World Tour schedule. Fans would flock in if they knew they were going to be able to see the likes of Rory McIlroy.

It’s way beyond time for the DP World Tour to recognise the contribution made to the sport by Seve Ballesteros, and what better way to do it than by announcing The Seve Ballesteros Spanish Open and giving it a permanent home at Valderama? It is a fabulous golf course and, given the right sort of prestige, there is little doubt that Jon Rahm could be persuaded to be the face of the tournament.