AND suddenly it is beginning to look serious - Dustin Johnson, Abraham Ancer, Patrick Reed, Brooks Koepka and Bryson DeChambeau have all now jumped ship and joined the LIV Series.

Between them, they have won seven majors and 41 PGA Tour events - that amounts to a lot of experience.

It was clear that the PGA Tour had to do something to keep its best players, and they have come up a format that should do precisely that, announcing a series of highly lucrative tournaments, eight events to begin at the end of 2023, each boasting purses of $20m for the top 50 in the previous season's FedEx Cup standings. And PGA Tour Commissioner Jay Monahan has also confirmed that the dreaded wraparound season will become a thing of the past. Hallelujah!

The first full year of the new system will be 2024, with a calendar-year schedule contested from January to August, culminating with the FedExCup Playoffs and followed by the fall events to determine the top 125.

There will also be revised qualification for the FedExCup Playoffs next year and beyond.

When the fall schedule has been completed, there will be three international events, all boasting huge prize money.

Monahan said: “These changes will further strengthen the FedExCup and create a strong, coordinated global schedule, offering a more compelling product for our players, fans and partners.” 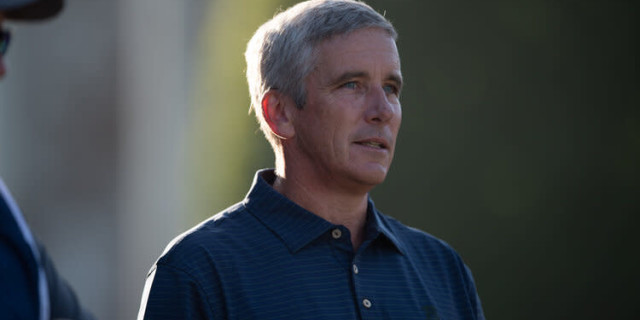 The more cynical among you might well ask why it has taken a breakaway Saudi-backed series that is now attracting some of its brightest and best players for the PGA Tour to come up with such a radical - and cash-rich - solution.

Or why the prize fund is exactly the same as LIV is offering for each of its tournaments? And is it just a coincidence that the LIV Series currently consists of, erm, eight tournaments?

And you may also ask if it can possibly be a coincidence that the eight events will not all be held on American soil? Thankfully, they will not be emulating the Saudis’ ridiculous team element.

Whatever the motives, the PGA Tour has finally taken action - and it will surely be enough to prevent any further big-name defections. Indeed, there may now be some golfers who feel that they have made a big mistake in switching sides.

Losing Koepka is a blow. The former world number one won the US Open in 2017 and 2018 and is also a two-time PGA Championship champion, claiming the Wanamaker Trophy in 2018 and 2019.

He rose to the summit of the game at that period, but he has been hampered by injuries in recent years and is ranked 19th in the world. But the PGA Tour will survive without him, DeChambeau, Ancer et al.

He said: “I know where I want to play, I want to play over here in the States on the PGA Tour and I want to play in Europe on the DP World Tour. That’s where my focus is going to be and I just want to continue doing what I’m doing.

“The tour’s not going anywhere, so they’ll continue and as long as they’ve got Tiger Woods’ support and Rory’s, Justin Thomas’, there’ll be no issues in my opinion.

“I saw Collin Morikawa’s come out and made a statement, Scottie Scheffler, I feel like you’ve got some great players there.

“They’re more than good enough to compete with any rival tour that might want to try and take hold of golf.

“The guys that we’ve got who are committed to the DP World Tour and the PGA Tour is just as impressive, if not more.”

Morikawa took to social media to deny rumours he was also planning to join LIV Golf.

"To state for the record, once again, you are all absolutely wrong," the American, 25, posted on Twitter. "I've said it since February at Riviera that I'm here to stay on the PGA Tour and nothing has changed.”

Well, quite a lot has changed actually. However, there was some good news for the rebels, with the R&A announcing that those who have qualified for the 150th Open Championship at St Andrews are still free to compete.

Martin Slumbers, chief executive of the R&A, said: "The Open is golf's original championship and since it was first played in 1860, openness has been fundamental to its ethos and unique appeal.

"Players who are exempt or have earned a place through qualifying for the 150th Open in accordance with the entry terms and conditions will be able to compete in the championship at St Andrews.

"We are focused on staging a world class championship in July and celebrating this truly historic occasion for golf. We will invest the proceeds of The Open, as we always do, for the benefit of golf which reflects our purpose to ensure that the sport is thriving 50 years from now."

Exempt players are those who are eligible through their previously earned status, such as world rankings and tournament victories.

The PGA Tour does not run the majors and so LIV golfers who would be allowed to play at the Open include Johnson, Phil Mickelson, DeChambeau, Koepka, Reed and Ancer.

These are eight additional tournaments that will benefit from extra prize money: