2022 Made in Himmerland Preview

THE DP World Tour heads to Denmark this week for the Made in Himmerand, a tournament won last year by Austria’s Bernd Wiesberger. It has been a highly eventful year for Wiesberger who, 12 months ago, completed a successful title defence with a dominant five-shot victory.

Wiesberger, the 2019 champion, made five birdies in a six-hole stretch on his way to a final round of 64 at HimmerLand Golf Course, seeing him end the week on 21 under and clear of nearest challenger Guido Migliozzi.

It was his eighth European Tour title, it took him to 17th in the Race to Dubai standings and took the Austrian back on the fringes of the world's top 50 and effectively secured his place in Europe’s Ryder Cup team for the match against the USA at Whistling straits.

That was then. Wiesberger has since defected to LIV Golf and will be chasing mega-bucks in Boston this week, which means we are going to have a new champion and there will be a great deal of attention on a strong home presence, led by Thorbjorn Olesen, Thomas Bjorn, Soren Kjeldsen and Nicolai and Rasmus Hojgaard. 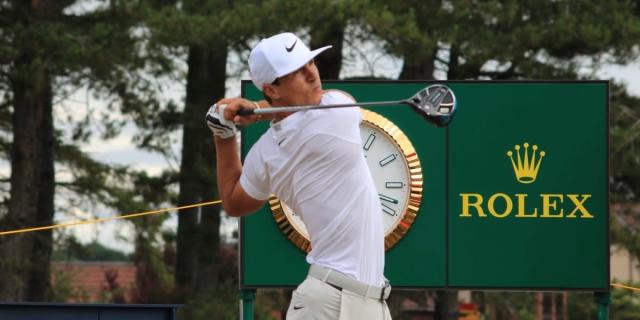 This has been a huge year for Olesen. After plumbing the depths for a couple of years, he has finally rediscovered his game and returned to the winners’ circle with a victory at the British Masters. He was also eight at the Irish Open and tied for 11th place at the Cazoo Classic.

Having once again found some consistency, Olesen would love nothing more than to win his seventh DP World Tour title on home soil.

Also looking for a big week is Matt Wallace. The Englishman narrowly missed out on the FedEx Cup Playoffs and has struggled to juggle life on both sides of the Atlantic. But he did show some decent form in America and was tied fifth at the Dutch Open and 18th at the European Open. He is a fiery character who is capable of producing some stunning golf and he is need of as big finish to the season if he is to reach the DP World Tour Championship in Dubai. He is currently languishing well outside the top 100 in the standings - and is a much better golfer than that.

Speaking of which, Scotland’s Robert MacIntyre has lost his way this year and has slipped outside the top 100 in the world rankings. Ahead of the European Masters at Crans-sur-Sieere, the Scot languished in 76th place in the DP World Tour rankings and was ranked 109th in the world. He is a much better player than that and will be hoping to prove that in the coming weeks. This is a course that should suit his game. He is one of the best putters in the business. If he can find the middle of the fairway he could be difficult to beat.

Himmerland is a par 71 that measures just 6,686 yards, although it does feature a par five measuring 645 yards. There are several risk-and-reward par fours.

Pablo Larrazabal has been flirting with LIV Golf but returns to DP World Tour action this week. He is a seven-time winner, most recently at the Handa Championship in April. He also won the MyGolfLife Open in March and finished fifth at both the Qatar Masters and BMW International Open. Matt Wallace is a man with a point to prove, having narrowly failed to reach the top 125 in the FedEx Cup points standings - this would be a good week for him to set the record straight.

Thorbjorn Olesen. Will be inspired by home crowd

Robert MacIntyre. A man who needs a good week

Thorbjorn Olesen. Has put his problems behind him

Rasmus Hojgaard. Would love to do it for the home fans

Luke Donald. Don’t write him off

Victor Dubuisson. You never know what you are going to get

Tom Lewis. Looking to salvage something from a disappointing season