What Has Happened to Luke Donald?

Who would ever have thought that, at the age of 43, Luke Donald would have no status on the PGA Tour? But that is precisely the situation the popular Englishman finds himself in, 10 years after being ranked as the world’s best player.

Donald's fortunes have changed dramatically. He has 13 professional victories to his name, including seven on the European Tour, as well as being selected four times for the Ryder Cup team, but it has all been something of a struggle for him in recent years. 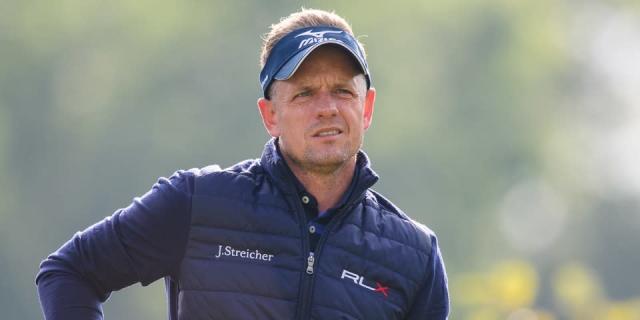 He has had another dreadful year, finishing 184th in the FedEx Cup standings, and the former world No1 has seen his ranking tumble to 476.  Now 43, he missed 17 cuts on the PGA Tour.  Donald has had eight top-10 finishes in major championships, with two third-place finishes.

He is one of two golfers to achieve the world number one ranking without winning a major, the other being fellow Englishman Lee Westwood. He has five PGA Tour wins to his name, but the most recent of those came in 2012, the same year that he won the BMW PGA Championship for the second time - the last of his seven European Tour victories.

The year 2011 was remarkable for the Englishman—he won four times around the world, was named player of the year on both the PGA and European Tour, and first reached No. 1 that May. The next year, he played on his fourth Ryder Cup team and helped spur the Europeans' final-day comeback at Medinah. He finished 2012 ranked second in the world.

In May 2011, Donald became the number one golfer after winning the BMW PGA Championship. He held the position for 40 weeks between May 2011 and March 2012 before Rory McIlroy briefly took over. The pair then exchanged the number one position a further four times in the following two months. On  May 27, 2012, Donald regained the top spot after successfully defending his BMW PGA Championship title. He held the number one position for a further 10 weeks before McIlroy displaced him again. Donald has spent a cumulative total of 56 weeks as the World Number One and has spent over 200 weeks in the top-10. He was awarded an MBE in 2012 for services to golf

It has been a steady decline since. In his prime, Donald was never a big hitter, depending on a stellar short game. He eventually went in search of extra yards from the tee, and that was when he lost his game. And has been searching for it ever since.

He played on the PGA Tour last season on an all-time money-list exemption but his failure to make it to the FedEx Cup Playoffs means that he is now going to find it very difficult to get starts.

"I love golf—but at times, it kicks you in the teeth,” he said. "I still have that desire to find ways to get better. I've been pretty down. It's natural, when you put a decent amount of effort into something and don't see any results. I still like being out here, I like competing. I could have easily packed it in.”

And has he ever considered walking away from the game? It’s not as if he needs the money, having pocketed way in excess of £40m in career prize money.

“It always crosses your mind when you’re in bad places, really low on yourself," Donald said. "But in the end, I’m out here playing for millions of dollars. I certainly don’t want to play victim—that’s no way to live your life. So you keep plugging away, trying to change some things. Try this, try that, see what happens.”

He has also been inspired the success of 48-year-old Stewart Cink, who has won twice this season, and Lee Westwood. “I believe my game is trending the right way at the moment. You never know in this game," he said. "It could trend back the other way. But I certainly feel like good things are happening, and will continue to happen.”

He will be at the Ryder Cup at Whistling Straits next month, but only as one of Padraig Harrington's non-playing vice-captains.

In 2011, Donald won twice on the PGA Tour, finished second twice and third twice and earned $6.7m in America alone.

By 2015 he was really starting to struggle, achieving only two top 10s and collecting $1m in prize money.

There was something of a resurgence in 2016, with a pair of runner-up finishes and $1.6m in prize money.

2018 was an injury-hit disaster. He started just nine tournaments, making only three cuts and earning less than $82,000.  But did assist Thomas Bjørn in the Ryder Cup as a non-playing vice-captain.

And in the season that has just finished the Englishman made 23 starts, had two top-25 finishes and earned just $333,000.