IT HAS been a bizarre few months for Scotland’s Calum Hill. He achieved a dramatic win at the Cazoo Classic last August to become the second Scot in as many weeks to register their maiden European Tour title but then suffered an insect bite to his leg while competing in Spain in October last year.

It forced him to withdraw from a series of tournaments and he has struggled to return to full fitness. Sadly, he is still not fit enough to defend his title at the splendid Hillside Golf Club in Southport. The tournament (building on the history of the old English Open) was staged for the first time in 2021 and its place in the DP World Tour calendar has been brought forward this time.

Hill had failed to convert a share of the 54-hole lead at the Hero Open, won by fellow Scot Grant Forrest, but produced the perfect response at London Golf Club to finish top of a congested leaderboard.

Last year, Hill overturned a three-stroke deficit on the final day, with five birdies in an eight-hole stretch seeing him post a five-under 67 to finish on 16 under and one ahead of Alexander Levy.

With many of the DP World Tour’s stars opting to take the week off after their efforts at St Andrews last week there is nevertheless a pretty strong field heading for Hillside. 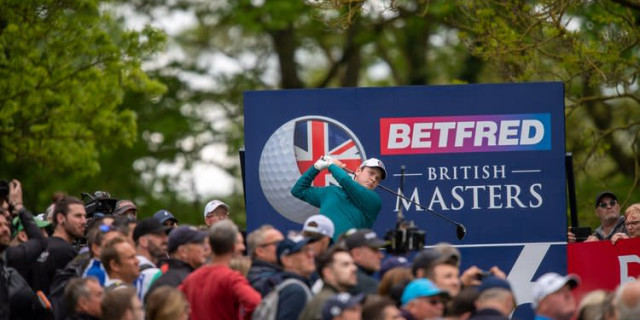 MacIntyre is in need of a decent week. As a Scot who grew up playing in windy conditions, he is another who will be looking forward to Hillside. He has now slipped outside the top 100 in the world rankings, and that is most certainly not where he wants to be. Still with only a solitary DP World Tour victory to his name, he hasn’t enjoyed a great season but he managed to finish joint 13th at the Irish Open and will be desperate to kick on.

Lawrence has been a revelation this season. He won the weather-reduced Joburg Open in November and may feel that he has a point to prove. Many pundits felt he was fortunate but he is not riding high in the DP World Tour rankings for nothing. He finished in a tie for third at Irish Open, 18th at the European Open and 24th at the Scottish Open.

Hillside is a par 72 measuring 7,109 yards. It is a typical links course, features undulating fairways and greens, lots of pot bunkers and gorse. It was redesigned in the 1960s by Fred Hawtree and is widely regarded as the best links course in England never to have hosted The Open. If the wind blows it will provide a real test.

Thriston Lawrence is enjoying a superb season on the DP World Tour, with a victory and a host of good finishes. He grew up playing in windy conditions in South Africa so will be hoping that the breeze gets up this week.

Robert MacIntyre. Needs to get things back on track

Robert MacIntyre. Surprisingly big hitter, with a golden touch on the greens

Thorbjorn Olesen. Back to his best

Oliver Bekker. South African who has been churning out top-20 finishes

Richard Mansell. Has been there or thereabouts

Oliver Farr. Needs some big weeks to keep his card