IT IS just you against the golf course and the elements so when you play badly there is nobody to blame but yourself. And that means you are going to hear excuses for poor shots. Lots of excuses.

Some of them are pretty far-fetched. Some of them are just plain daft. Without further ado, here are some of the best excuses you will hear on the golf course. By a happy coincidence, there just happen to be 18 of them.

“Did you hear that?”

Ah yes, the phantom noise. Nobody has heard a thing apart from the guy who has just topped his drive, insisting that a mystery noise nobody else heard has put him off during his backswing.

“There is no sand in this bunker!”

This follows the thinned shot that screams out of the bunker and ends up in another at the far side of the green. Mysteriously, it then takes five minutes to rake the lack of sand.

“The bunker hadn’t been raked!”

This one will happen when the perpetrator fails to escape from the sand. Funnily enough, he hadn’t said a word when he first walked into the bunker.

But you are a member! You play it twice a week and just five days ago you were sitting in the clubhouse telling us all what a wonderful layout it is! 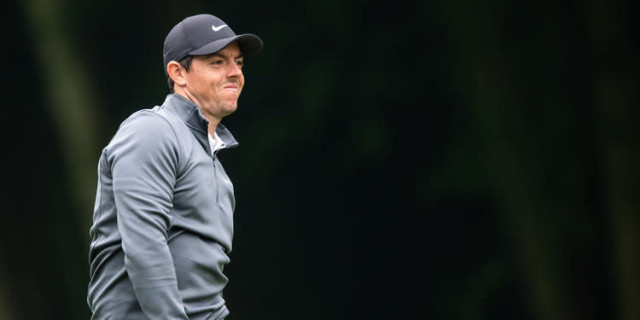 “My ball hit a spike mark!”

He spent five minutes tapping down spike marks and repairing pitchmarks. You all stood there and watched him produce a horrible twitch on his three-foot putt. Of course it was a spike mark!

“Did you see the lie that I had there?”

Yes, and it was perfect.

“I have changed my grip!”

Erm, no you haven’t. We can still see four knuckles on your left hand and your right thumb is still wrapped behind the grip. You SHOULD change your grip.

“I am working on my swing!”

With who? It’s still the same terrible lunge at the ball that it has always been, with 5,000 moving parts.

“I always lose focus when we have to stand around forever waiting to hit!”

Waiting for whom? There’s only another two ball on the course and they have spent the past three holes waiting for you!

“Did you feel that wind? It blew just as I was starting my downswing!”

No, that horrible slice into the bushes was all your own work.

“Oh my God, did you see that bounce?”

You hit a huge hook, so of course your ball was always going to bounce horribly to the left. Just go and find it. Better yet, hit a provisional.

“I hit that shot too quickly!"

Too quickly? We all thought you had fallen asleep - we certainly nodded off.

And your point is? That’s the fifth new driver you have bought this year. Maybe it’s time to accept that the problem isn’t with clubs.

No you don’t. With that swing you might as well have a go with a cricket bat or a tennis racket.

"The club slipped in my hands!”

That’s because your grips are 10 years old and it’s like holding a bar of wet soap.

And that’s because you’ve had those golf shoes for so long that your spikes are now non-existent.

"I was between clubs!”

Between clubs? You were 270 yards from the green.

“Sorry boys, I would love to get a round in but I left my wallet at home!”

So what was it that you used to buy that sleeve of Pro V1s before we started playing?

The 3 Things That Most Annoy Golfers