Why Do Golfers Stop Playing Golf

It is well enough documented that the past couple of years have witnessed an unprecedented number or people either returning to golf or taking it up for the first time.

Golf clubs around the UK are full to bursting point. Waiting lists have been reintroduced for the first time in years and some clubs have even brought back joining fees.  So it seems like the perfect time to examine why some people walk away from the game.

Whilst not conclusive, in our most recent closed member survey the majority of golfers, 57%, stated that they had given up golf due to injury.  Unsurprisingly, this was dominiated by golfers over the age of 55.  36% stated that they had lost interest in the game, of which these tended to be high handicap golfers who had been playing for some considerable time. And finally, 29% stated they had given up due to the time it took and the lack of free time they had.

The above may highlight the 3 most common themes, there are more and below we take a look at the many reasons, some more serious than others on why golfers give up the game that many of us love so much. 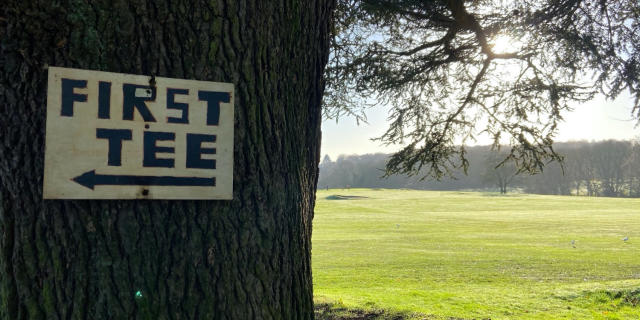 A round of golf routinely takes about four hours to complete. When you add in the time it takes to get to the golf club, an hour or so spent in the clubhouse after your round and travel home afterwards, it means that a club golfer can be away from home for upwards of six hours. If he or she has a young family it amounts to a serious sacrifice, especially if that person also has a full-time job that means they don’t routinely get home until 7pm every night. And if that golfer players every Saturday and Sunday, you can see that it puts a huge strain on family life. Why should your partner be stuck at home looking after the children while you are out on the golf course enjoying yourself? And if your partner is not a golfer they are going to find it very difficult to come to terms with the amount of time you may spend playing the sport you love. Compare this to attending a a 90-minute football match on a Saturday or Sunday.

Slow Play - How to Keep Things Moving on the Golf Course

Golf is meant to be fun. In fact, all sports are meant to be fun. So why, oh why, do so many people seem to hate the game so much? They slam clubs into the ground, they lose their temper, they stop talking to their playing partners, throw their brand new £390 driver into the trees and break their putter over their knee. Golfers of all levels can grow to hate the game. Why would you put yourself through this sort of torture when you can be at home with your feet up?

The Cost of Golf

Golf is not a cheap sport. There is the cost of buying a set of clubs, bag, trolley, waterproofs, shoes, golf balls. And that is before you even take into account your annual subscription at the golf club and the cost of buying food and drink at the course. For young men and women with families and mortgages, it is a sizeable commitment and may go a long way towards explaining why so many golfers in their 20s decide to walk away from the game and return to it later in life. Encouragingly, a growing number of golf clubs now offer reduced annual subscriptions for golfers in their 20s.

If you move from one part of the country to another for a new job, it stands to reason that your priorities are going to change. Yes, you will probably be going to a better-paid job but the chances are that you will also be buying a new house that is more expensive than the one you just moved from. It takes time to settle into a new area, get to know your new neighbours and work colleagues. And the odds are that you will also find yourself spending your weekends decorating your new home or getting involved with home improvements. All of a sudden, joining a golf club in your new area doesn’t really seem to be that important.

Many golf clubs simply don’t move with the times and some members reach the point where they have had enough of being taken for granted. Recent Golfshake surveys showed that many of you do not feel valued by your club, that they don’t put your interests first and see you simply as a cash cow. And for many golfers, the strict dress codes and bans on the use of mobile phones are simply the final straw.

More people than you would think stop playing golf because of long-term injuries. The most common of these is back problems. And do clubs do enough to accommodate members who suffer from injury? I would suggest that the answer is probably a resounding ’no’. If you have an injury that is going to prevent you from playing the game from two or three months you should be able to go to your golf club and ask them to suspend your membership. But you may well find that when you do so you will be greeted by a club official who will tell you that it is impossible. I know because it happened to me years ago when back problems meant that I was unable to swing a club for eight months and the club to which I belonged refused to suspend my membership or offer me any kind of a refund. So I voted with my feet and left.

Not everybody wants to play golf 12 months a year. Many people decide to put their clubs away during the winter. Golf clubs simply do not accommodate this kind of player. Isn’t it about time that we saw clubs introducing summer-only memberships?

You don’t know your partner’s birthday and he or she just realised that the reason you didn’t want to get married during the second week in April is because it would have clashed with The Masters. And do you REALLY want to call your son Severiano? If this is you then it might well be time to hang up your clubs before they land you in the divorce court.

Despite the boom time golf is enjoying, there are still many nomadic golfers who choose not to join clubs because they want to play different courses. And who can blame them? A change is often as good as a rest. But increasing green fees mean that this can be an expensive way to play golf. Yes, cheap green fees are available but often at times when nobody really wants to play - that is why they are cheap. So if golf clubs do not encourage nomadic golfers and make them feel welcome they run the risk of alienating them entirely and seeing them walk away from the game for good.

It's Too Difficult - It's Too Complicated

Some people stop playing purely and simply because it is a difficult game to master. Unlike many other sports, golf is not an instinctive game - you stand over a stationary golf ball and have time to think. In almost every other ball sport, the object comes towards you and you have to act upon instinct. And, of course, many would-be golfers simply cannot get their heads around the rules of the sport, many of which even seasoned players struggle to understand.

So, what would stop you playing golf?  Have you ever given up?  Let us know in the comments below.  Don't worry if you ever do, in a survey we carried out in 2020 over 50% of golfers stated that they had taken a break from golf!

Have You Ever Taken A Break From Golf - Many Golfers Do

Slow Play - How to Keep Things Moving on the Golf Course

Are These the Issues Golf Clubs Still Need to Address