View From The Fairway - Another Course Maybe Sold for Development

Catch up with the latest headlines in golf with Derek Clements' View From The Fairway!

THERE is a perception that Tour players are obsessed with money, that all that matters to them is filling their already-bulging bank accounts. So it was reassuring to hear Jon Rahm say that it "sucked" to miss the Olympics due to Covid-19. And the Spaniard is convinced he did not have the virus for a second time.  Rahm held a six-shot lead when he had to withdraw from the Memorial Tournament after 54 holes due to a positive test, only for the Spaniard to win his first major title on his return to action at the US Open. The world No 1 had to follow strict coronavirus protocols at the Scottish Open and The Open last month before returning to the United States, where he tested positive - for the second time in seven weeks - just days before he was due to fly out to Tokyo.

"It really was unfortunate," Rahm added. "It sucked because I wanted to represent Spain. I wanted to hopefully give Spain a medal. I was wishing for a gold medal, but just being part of that medal count for the country would have been huge. It was more devastating in that sense. I was more in the mindset of playing for them more than me. Still makes me a little sad, I'm not going to lie. I'm going to have to wait three more years hopefully to qualify for the Olympics, but I was really ready for this one.” So you can be sure that he will be up for the Ryder Cup. 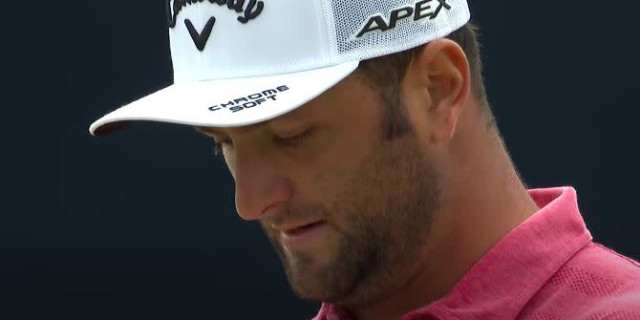 A SURREY golf course that has some members who signed up for life has revealed that it could be sold off to a care home developer. Sutton Green Golf Club, which was established in 1994 and designed by former women’s world number one, Dame Laura Davies, and charges members £1,750 per year for full membership, has said it will reimburse lifetime members if the course does close. Members have been told the club could close after Quinn Estates approached it with an offer, as it looks to secure planning permission to redevelop the site into a retirement village.

The club’s directors acknowledged it will ‘come as a shock’ but wanted to reiterate that it was only a proposal at present. In the meantime, the club will continue to function as normal. And the Hertfordshire Golf and Country Club has applied for planning permission to build 38 new homes on its former tennis courts, in order to fund repairs for Broxbournebury Mansion, which overlooks the golf course. The club says it has needed to look at new developments to fund the restoration work, as well as keeping the golf club financially viable. And in another sign of the times, three blocks of flats are to be built on land at Strathaven Golf Course in Lanarkshire, after plans were approved by councillors. The area is currently used to house equipment sheds for the golf club. The 18 flats will overlook the golf course to the rear and will secure its long-term future.

HOW good is it to see fans gradually returning to events on both the European and PGA Tours? As the Ryder Cup approaches, the world’s top golfers are once again performing in front of spectators. The downside, of course, is that it means they have had to once again get used to shouts of “You’re the man”, “Get in the hole”, and “Mashed potatoes.” But it also means that they are again being cheered for brilliant shots and are walking down the 18th fairway to packed grandstands. Life may not be totally back to normal just yet, but we are getting there. And there will be a full house at the Ryder Cup next month, creating the sort of atmosphere that only it can generate.

LUKE DONALD is in the field for this week’s European Masters at Crans-sur-Sierre. It is less than 10 years ago that the Englishman was at the top of the world rankings. He was one of the straightest drivers of a golf ball that the game had ever seen and possessed a short game to die for. Like many before him, Donald decided that he needed to find more distance from the tee. It signalled the start of a terminal decline that has now seen him lose his playing rights on the PGA Tour. It means that we may well be seeing a good deal more of him in Europe. He is a former winner at Crans-our-Sierre, which is one of the shorter courses on the European Tour. The irony is that had he left well alone he would be teeing it up as one of the favourites. Sadly, we are unlikely to see him contend. Donald is one of the good guys and it is to be hoped that he somehow finds a way back.

HATS off to the R&A for confirming its commitment to women’s golf by increasing the prize fund for last week’s Women’s Open at Carnoustie to a record £4.2m. When Georgia Hall won three years ago, she picked up £365,000 - the 2021 champion walked away with £632,000. And next year the total prize fund will increase again, to nearly £5m.

NOT quite so impressive was Sky’s coverage of the Women’s Open. During The Open Championship at Royal St George’s, Sky was on air to witness every shot from first to last. So why on earth did we have to wait until 11am for the women’s equivalent? By the time Sky’s coverage began on Thursday, world No1 Nelly Korda had already played 11 holes and was three under par. It was a bit of a kick in the teeth for the women.