AFTER a two-year absence the European Tour returns to the spectacular Crans-sur-Sierre, with Sebastian Soderberg defending the Omega European Masters title he won in 2019.  Crans-sur-Sierre is one of the tour’s most iconic venues.

Soderberg birdied the first playoff hole to win his maiden European Tour title. He was the only man to make a birdie on the first hole of sudden death at Crans-sur-Sierre, coming out on top in a  five-man playoff that included Rory McIlroy.

Soderberg was further away than both McIlroy and Kalle Samooja, but he holed in his 10 foot putt and the other two failed to convert, confirming the Swede as champion for the first time in his 50th European Tour event.

Soderberg opened the final round four shots off the lead and initially went backwards with a bogey at the first hole, before making that shot back at the seventh to make the turn in level par. He then made his move with a chip-in at the 10th, which was the start of a run of five consecutive birdies to reach 15-under-par and surge ahead on his own. A costly three-putt at the 17th then dropped him back to 14-under-par, ensuring extra holes at Crans-sur-Sierre Golf club for the sixth time in seven years.

During the playoff, Lorenzo Gagli found the water and Andres Romero flew the green, before McIlroy, Samooja and Soderberg all hit it in close before the Swede earned his maiden title.

Soderberg could really do with another big week. He is enduring a thoroughly miserable season, with a whole string of missed cuts, and will hope that a return to the scene of his only European Tour victory will stir some positive memories. 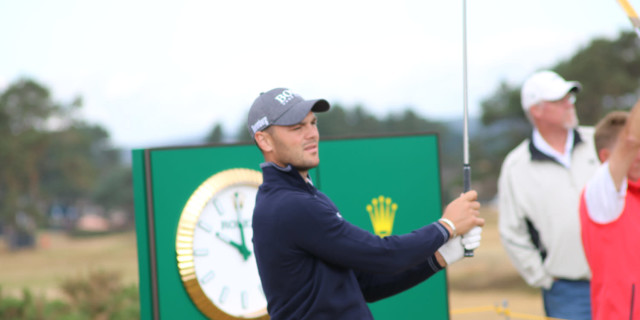 A number of players are in the field after failing to make it into the top 125 on the PGA Tour. The likes of Martin Kaymer and Henrik Stenson would far rather have been taking part in the FedEx Cup Playoffs but their failure to make it turns out to be the European Tour’s gain.

Scotland’s Calum Hill is enjoying the best form of his young life. He was bitterly disappointed to come up short at Fairmont St Andrews but bounced right back with a glorious victory at the London Club the very next week. And if he can win again this week, who knows where it might lead?

Kaymer, 36, has two Majors to his name - the US PGA Championship in 2010 and the US Open in 2014. He is playing in the tournament for the fourth time, having narrowly missed out in 2011, finishing just behind Thomas Bjorn. It is hard to believe he topped the world rankings 10 years ago. Kaymer has been a member of four Ryder Cup teams, sinking the winning putt to seal the miracle in Medinah in 2012, and is one of Padraig Harrington’s vice-captains at Whistling Straits. In June he was second at the BMW International Open, which briefly revived his hopes of making the team as a player.

Danny  Willett, the 2015 winner in Crans-Montana, participates for the 11th time in the tournament.  His greatest moment came when he won The Masters in 2016. At the British  Masters earlier this year,  the headline sponsor promised £1,000 for every birdie he made.  He went on to shoot 19 birdies and raised £19,000 for charity.  With seven European titles to his credit, Danny Willett will undoubtedly be a fierce competitor.

Bernd Wiesberger finished third in the Race to Dubai in 2019 after winning three tournaments, including the Scottish Open and the Italian Open. He is the most successful Austrian golfer the game has known, with eight wins to his name on the European Tour.  Wiesberger successfully defended his title at the Made in HimmerLand tournament in Denmark and finished fifth at the BMW International Open, increasing his chances of being selected for the 2021 European Ryder Cup team.

Stenson returns to Crans-sur-Sierre after an absence of nine years. He won the Players Championship in 2009, The Open in 2016 and the Wyndham Championship as recently as 2017. But it has all been a battle for him lately. He still clings on to hopes of forcing his way into Harrington’s thinking but his chances of playing in a sixth Ryder Cup match are non-existent.

Miguel Ángel Jiménez, meanwhile, proves that he is still, at 57, a force to be reckoned with. He has played in more than 700 European Tour tournaments and is the oldest player to have won a tournament in Europe, and has  21 victories to his name. He won this tournament in 2010 and I back for a 31st start. The Spaniard won’t win, but don’t be surprised to see him contend.

Crans-sur-Sierre is located 1,500 metres above sea level, which means that the ball travels miles in the thin air. It measures less than 7,000 yards and is arguably the most spectacular course on the European Tour rota, offering glorious views  of the Swiss Alps. It features plenty of trees, some water and several small greens. Expect to see some really scoring.

Calum Hill is enjoying a purple patch. He finished 62nd at the Cazoo Classic at Celtic Manor but that was only because of a final round of 79. He then finished fourth at the Cazoo Open before claiming the Cazoo Classic - it is a measure of his temperament that he was able to put his disappointment at Fairmont St Andrews behind him and win the very next week. This is a course that really should suit Austria’s Bernd Wiesberger - a beautiful driver of the ball, he is a superb iron player and, on his day, can putt the lights out. And Victor Perez is also looking for another good week. 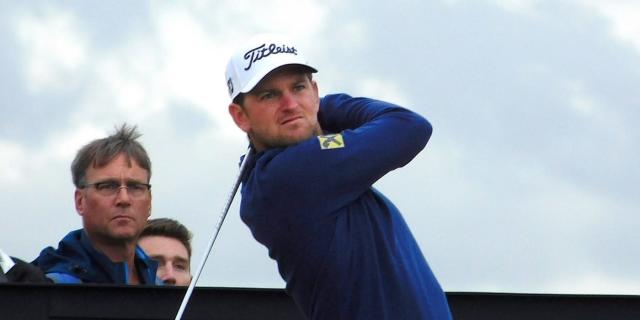 Bernd Wiesberger. Has the game to go really low here

Justin Rose. It’s all about confidence

Victor Perez. Could do with a good finish

Justin Harding. Has had a wonderful season

Wilco Nienaber. Will be a serial winner when he learns how to harness his power

Sebastian Soderberg. In need of something positive

Alexander Bjork. Has been in the doldrums