As we count down towards the long-awaited Ryder Cup at Whistling Straits later this year, it has emerged that a host of countries are bidding to stage the event in 2031. The Ryder Cup in Europe will be played in Rome in 2023 and Adare Manor in 2027, which will be the event’s 100-year anniversary. But the 2031 venue is still yet to be announced, and it may not be until after the 2021 Ryder Cup at Whistling Straits when we find that out. “Speculation an announcement about the 2031 Ryder Cup venue could be made as early as May is wholly inaccurate,” Ryder Cup Europe said after a report suggested the 2031 venue was to be announced in May at an English club. We have had considerable interest in staging future editions from multiple countries and venues and we will continue these discussions in the months ahead before any announcement is made.” Isn’t it about time that the event returned to The Belfry, the scene of so much drama in the 1980s and 1990s?

The Portugal Masters has been cancelled and will now be rescheduled for a later date after Covid-19 travel restrictions are lifted. It is a reminder that although club golf has resumed throughout the UK we are still not out of the woods. The event had been scheduled to run from April 29-May 2 but will now be replaced by the Tenerife Open, which moves from its original date of April 15-18. Keith Pelley, Chief Executive of the European Tour, said: “We are obviously disappointed the ongoing challenges with international travel have led to the postponement of the Portugal Masters. Everyone associated with the tournament, both in Portugal and in the European Tour, worked very hard to deliver the event, which has been an important part of our schedule since 2007.

“Unfortunately, it simply was not possible to stage the event next month, so we are now looking into the possibility of rescheduling it at some point later this year. The change of date for the Tenerife Open, which will now take place the week after the Gran Canaria Lopesan Open, helps with ease of travel across continental Europe prior to the Open de France.” The decision comes hot on the heels of the cancellation of the Canadian Open for the second successive year. The good news is that the European Tour have been able to hastily arrange for the Austrian Open to fill the April 15-18 gap. This was the tournament that marked the return of the European Tour last season and was won by Scotland’s Marc Warren - his first victory for six years.

YET another historic council-owned golf course has closed its doors permanently. The latest victim of the pandemic is Whitewebbs Park Golf Course in North London after Enfield Council decided to withdraw further funding. The council said that Whitewebbs Park has lost more than £1.1 million over the past five years and it would be “irresponsible” to continue to subsidise it using taxpayers’ money during the current economic crisis. The 18-hole course first opened in 1932 and was designed by legendary five-time Open champion JH Taylor. A report recently published by the council acknowledged there had been an increase in bookings during the pandemic, but claimed it was a temporary situation. Sadly, the course will remain closed to golfers when other courses in England open on March 29, although it will be available to be used for walking and jogging.

Like many other municipal courses in the UK, Whitewebbs has been consistently losing money. The council said: “Whitewebbs Golf Course has been making a loss for a number of years, despite the introduction of measures designed to increase income and reduce costs at the site. Since 2014-15 the golf club has lost more than £1.1m. At a time of national crisis, when our priority is protecting all of our communities and providing support for our most vulnerable residents, it would be irresponsible and unsustainable to continue to use taxpayers’ money to subsidise an activity that is well provided for elsewhere across the borough, with six full-length courses and a pitch and putt course available for golfers in Enfield.” Enfield Council first investigated the possibility of leasing out the course to a commercial partner in 2019, and was put up for sale in 2020.

The R&A have confirmed that they hope to welcome spectators to the AIG Women's Open, to be staged at Carnoustie in August, but have warned that "nothing is certain" in the current climate. R&A chief executive Martin Slumbers has posted an open letter on the official Championship website, expressing his excitement at the prospect of seeing fans lining the fairways at Carnoustie in August. The 149th Open at Royal St George's was cancelled last year, but the AIG Women's Open went ahead behind closed doors at Royal Troon, where Sophia Popov claimed a surprise two-shot victory. Slumbers is now confident that the winning putt this year will be greeted by an enthusiastic crowd.  "Like many of you, we have been closely following the progress of the Scottish Government's roadmap and welcome the growing sense of optimism that measures can be eased in the weeks ahead," said Slumbers. "We share that positive sentiment." 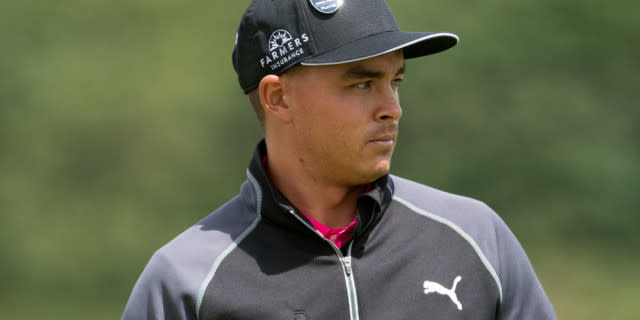 Rickie Fowler has endured a torrid time of late, missing three cuts in his last six events and dropping down to 81st in the world rankings. As a result of his poor form, Fowler has drawn some criticism from six-time Major winner, Sir Nick Faldo, who in early March tweeted: “Good news is if he misses the Masters he can shoot another six commercials that week!” Fowler will miss The Masters for the first time since 2010 and it has to be said that he doesn’t need Faldo reminding him of the fact. A few days after his original tweet, it seems that Faldo had second thoughts and went back to the social media platform to write: “Like everybody, we want him to find his game as soon as possible, Five years ago now, he was voted by the players as the most overrated player on Tour. It motivated him to go and win The Players literally the next week. A couple years later, when things were gone quiet, I said to Rickie, ‘Hey, I need to give you a bit of needle, mate, to motivate you.’ And he said to me, ‘Bring it on.’ Fowler has responded by saying: “I know where Nick was trying to come from on that. You’re trying to needle each other and get each other going type of thing. I am fortunate to have some great partners and make some great commercials and it’s been fun to be able to do that. I would much rather be playing the week of the Masters than working. But it’s all part of it. I’m going to keep kicking down the door. I will keep grinding and we’ll be back in the winner’s circle soon.” Fowler has not missed a Major championship since the 2010 Open Championship and, to qualify, he’ll need to win the Valero Texas Open this week. Fowler is one of life’s good guys and it is to be hoped that, like his friend Jordan Spieth, he finds his way back.

FOUR-time major champion Brooks Koepka looks certain to miss The Masters after undergoing surgery on his right knee. The world number 12 has not competed since finishing joint second at the WGC Workday Championship. Koepka injured his knee while with his family in Florida, suffering a dislocation of his kneecap and ligament damage. The 30-year-old has had surgery and will wait to see if he can play in the Masters, which begins on 8 April. The American said: "Whatever my body says, I'm going to listen.” Koepka has won the US PGA Championship and the US Open twice each, while his best finish at the Masters was joint second in 2019. He has only recently returned to his best form after recovering from surgery to his left knee.