Now for the Back Nine Special Edition - Charity Auction

For those that have met me, you’ll know that I’m a survivor of prostate cancer.

Unsurprisingly, I’m committed to raising awareness and funds to help others coping with their diagnosis and treatment. I’ve experienced first-hand that, when detected early and treated, prostate cancer is a highly survivable disease – early testing is paramount, accessible and easy.

Since my diagnosis, I’ve been blessed with meeting some very special people. Whenever the conversation gets around to prostate cancer it opens up dialogues and paths that I never envisioned. This is about one of those dialogues that has led me down a terrific path.

In June 2019, I contacted the authors of a new book, Now for the Back Nine, written by PGA Master Professional and Ryder Cup player Peter Dawson and Simon Hawkins, asking to review the book. It’s aimed at the senior golfer (who Peter and Simon light-heartedly refer to as ‘Back-niners’), and those who struggle to cope with the modern golf swing. It’s a superb book and my review led to us all getting together at Harleyford Golf Club where I became Peter’s senior student for a series of video lessons from the book. It’s a long time since I was at school but playing the student for the filming of this series was great fun. Peter and Simon are both real characters with a wealth of golf history and knowledge.

Here’s a link to those lessons which have proved very popular with the Golfshake Community and created a big following on Twitter and YouTube. 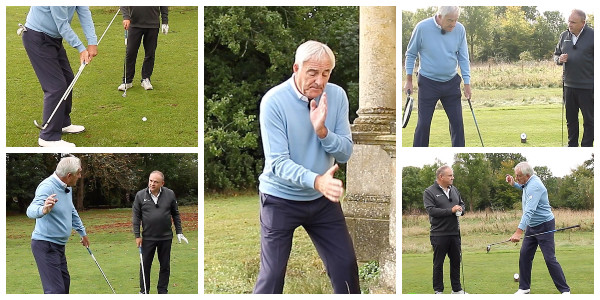 Imagine my surprise when Peter disclosed to me that his professional career was cut short by the same disease and treatments he received. We’ve kept in touch since the filming and he still provides advice and guidance through our respective social media channels.

When I told Peter of my plans to publish my diagnosis story, he immediately offered his support and arranged for a very special first edition of Now for the Back Nine to be made available for auction to raise funds for Prostate Cancer UK. This first edition has been signed by Peter and Simon as the authors and in addition, signed by golf legends Peter Alliss and Tony Jacklin who both contributed to the book.

This special edition is being auctioned on eBay and can be sent Worldwide through the eBay Global Shipping Program. So, wherever you live in the world you’ll be able to bid and help raise funds for the Prostate Cancer UK. It’s that easy. Here is the link. 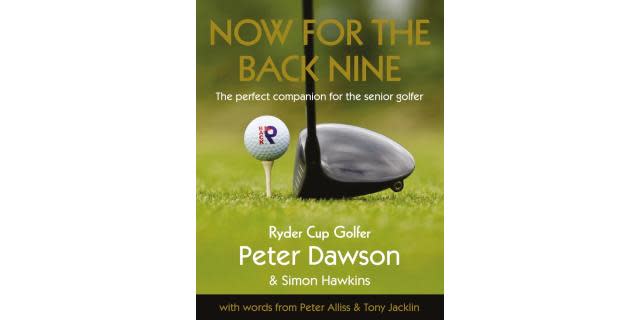 Peter and Simon have also set up a website where people can buy a signed copy of their book and they donate £3 from each sale to the charity, so if you don’t wish to bid for the special edition but would like to buy a copy of this excellent book and support Prostate Cancer UK, you can still buy Now for the Back Nine by clicking on this link.

The Golfshake team and its owner Darren have shown me incredible support and friendship throughout the process and our links to the charity have led to thousands of golfers being provided with accurate information about the disease.

It will never cease to amaze me how the golf community supports others and I have been supported on an individual level at a difficult time by many friends in the industry.

I hope you will take this opportunity to not only support this brilliant charity but also improve your golf game at the same time!