Is 54 Handicap A Step Too Far?

Golf handicaps divide opinions more than any other issue within the game of golf. Taking a look at our survey in Feb 2020, focused on handicaps, we we round up the data and your comments which make for interesting insights into what golfers think.

Our survey, completed by 1,800 golfers in Feb 2020, exercised your views more on this subject than just about everything else put together, and it is abundantly clear that many of you simply don’t believe that anything needed to change. Just as many speak out against the very idea of a 54 handicap being introduced, with most of you wondering how anybody playing off such a number could possibly derive any enjoyment from the game. The fact that it will allow them to compete in competitions is neither here nor there. Unsurprisingly, you just cannot get you heads around anybody receiving three shots on a 140-yard par three. 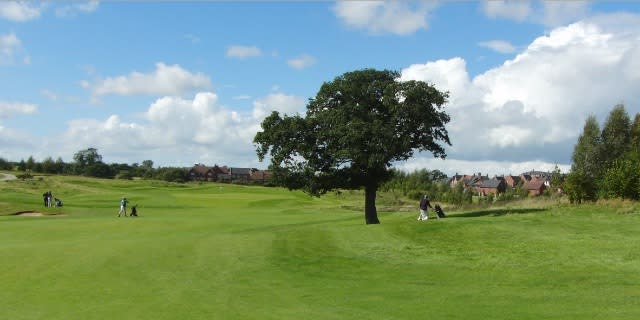 Many of you are concerned that 54-handicappers will not understand etiquette. It is also interesting to recall that not so very long ago, somebody joining a golf club would have to play with a member of the committee or the club professional to prove that they had some level of competence and understand the rules and basic etiquette.

And, of course, many clubs already impose a maximum handicap limit. This will continue and, if the comments we received are anything to go by, could be expanded, which would be kind of counter-productive to the whole inclusivity protocol.

Do you think that a maximum 54 handicap is a good thing?

Would you be happy to play in a competition against or with a 54-handicapper?

Do you have concerns about high handicappers not having a grasp on golf etiquette?

It is worth noting that 80% of you who who completed the survey said that you would be interested in taking a test to verify knowledge of the golf game.

Do you think higher handicaps will slow up play?

The World Handicap System - All You Need to Know

Slope Rating - What Does It Actually Mean

The following comments from the survey are also highly revealing:

"You should be a member to show you are serious about golf to get an official handicap. Anyone without a handicap playing in a charity or company event should be limited to max 20 handicap to stop so many bandits spoiling golf days."

"Totally disagree with a 54 handicap. The maximum should be 28, and new players need to aspire to being able to play to 28 then improving from there."

“Our system works quite adequately. For those that abuse the system now, that abuse will still continue. What about the slope rating? Nobody understands it.”

"If it is not broken, why change what has worked for almost 150 years"

"I understand why the changes are being made, but they have gone too far. A max handicap of  two shots per hole would have sufficed. Three shots per hole is too much, especially on par threes."

"54 handicap is a nonsense. How many people play in societies that have someone playing off ‘24’ and doesn’t play and then wins with 46 points. Who is going to catalogue all these people’s occasional rounds?"

“It will only make rounds even longer and discourage members. Etiquette is already shocking. When I started I had to play a number of holes with the Pro not only to see if I could play but also to be made aware of course etiquette, which many new and older players choose in many cases to ignore."

“I disagree with 54 handicap on the grounds that 'beginners' don't need a handicap - they need to improve.”

“Having a handicap of 54 is crazy - it will hold up good golfers as these type of golfers don’t know or respect etiquette."

"I am adamant about this. Handicaps are only needed to compete so non-members don't need one. Having a knock with your mates is not competing."

“Clubs are entitled to (and will) impose a HC limit on it's membership. On the other hand, if somebody is willing to spend their money on a membership, why shouldn't they be allowed to play the game, and/or have a HC?

“All handicapping is now geared to the inexperienced golfer at the expense of the experienced golfer. Traditional formats are pretty much redundant to Cat 1 golfers, like Bogey, Matchplay, single stableford, 4 Ball Better Ball, the list goes on. The only true form of golf is Medal where you count all your shots."

“There needs to be something official about getting a handicap. If it's not part of a club membership then who is monitoring the accuracy of the scores and then the handicap which is generated? Could lead to fake handicaps.”

"I'm sure the changes are well meant, but I'm not in favour of the increase in possible handicap to what amounts to three shots per hole - even on par 3s. When I started playing 15 years ago, I could not even play to 36, yet alone 28, but if you love the game and are serious, you persevere - whether your handicap is 54, 36, 28 or lower. With the help of my golfing mates, I now play off a Golfshake handicap of 20, but for years I played off the maximum 28. This did not stop me from trying to improve and nor did it stop my mates from enjoying playing with me. They baulked when I might get two shots on a par 3, but overall, I could hold my own and enjoy the round - even win sometimes! I should add, that although I'm a member of a golf club, I do not play in formal competitions. All my golf is competitive, but friendly with golfing buddies. Based on my experience, a handicap of 36 when I started might have made things easier, but I shouldn't have been on the course at 54 - get lessons, practice and then get on the course - with a generous handicap of two shots per hole.”

But guess what? Those of you who are not club members have a rather different take on this, largely gaining a handicap through Golfshake.

The R&A describe the handicap as 'essential to the popularity and prosperity of the game' allowing 'players of all levels of golfing ability to compete against each other equally'. This is clearly something that is important to a vast array of golfers. Some of you don’t want to be tied down to one course, while others cannot afford membership. Here are just a few of your views on this subject:

"You shouldn't need to have to be a member of a golf club to have a handicap. It's just a means to see if you are getting any better. Not every golfer plays competitions."

"Some golfers love the game but cannot pay the fees being asked for 12 months and only play for up to 8 months. Some golfers do not play in comps but still have enjoyment in social games between each other and the handicap system works well to make it even.:

"If you want to pay green fees only you should still be able to get an official handicap through Apps like Golfshake."

“It’s time to break the club monopoly on handicaps and make them universally available and applicable."

"I play society golf using Golfshake to monitor my handicap. I don't have the time to justify a club membership but would love to join in a few years time. Having a recognised handicap would allow for a seamless transition."

"It's annoying you have to be a member of a club to get a handicap. I just like to pay and play at different courses, I'm in central Manchester so within 30 miles there's like a million courses and I don't want to be restricted to just one."

"Why should someone be penalised because they either don't want to or cannot afford to pay membership fees, and don't want to be tied down to one club."

“It is prohibitive not to have a handicap just because you are not a member of a club."

"Many people do not want to be club members and may not be able to afford it - I don’t see why that should prevent them from getting a handicap. I only recently joined a club, prior to that our society use Golfshake to work out our handicaps.

"All golfers should be able to compete and compare themselves to each other without club membership being a requirement. Club membership is often not economical due to work patterns and other demands of life."

"If it excludes golf societies and the pay and play golfer it arguably is less inclusive than the current system.”

So what all of this goes to prove is that, even with recent changes and the forthcoming WHS, it is quite clear that finding a system everybody thinks is perfect is well-nigh impossible to achieve.

What do you think on forthcoming on the recent changes and the World Handicap System and everything associated with it?  Simply comment below.

What Golfers Really Think About the Rules of Golf

What is Wrong With Golfers Having a 54 Handicap?