THE good news is that it looks like when the European Tour makes its long-awaited return, much of the action could take place in England according to reports. The bad news, of course, is that if and when it happens, we are all going to be sitting at home watching it unfold on TV.

Nearly two dozen European Tour events have either been postponed or cancelled, and the next scheduled event that remains is BetFred British Masters, which is currently scheduled to take place at Close House from July 30th - August 2nd.

A leaked memo, reported by Golfdigest, written by Keith Pelley, the European Tour’s chief executive, has revealed that the tour plans to return with  "robust testing and hygiene processes" this summer. And with quarantine being a major issue for players, it would make sense to stage as many tournaments as possible in the UK.  Other than Close House, it appears that the tour is looking to stage events at Forest Arden, Hanbury Manor and Celtic Manor. All three new events would reportedly include purses of 1 million euros, and all three courses include large, on-site hotels that could potentially house players. 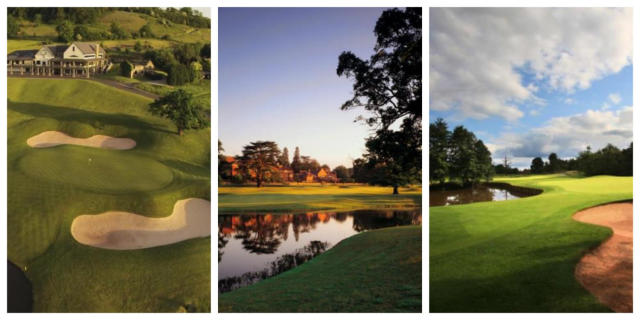 Any such plan would probably include staging a tournament that will clash with the US PGA Championship, which is co-sanctioned by the European Tour and will be played from August 6-9, which is the week after the British Masters is due to take place.

It has also been revealed that player privileges for 2020 will be extended into 2021, which means that nobody has to worry about losing their cards. This means there will be no European Tour Q-School this year or promotion of players from the Challenge Tour. Obviously, minimum-start requirements will also be waived. Tournament host Lee Westwood, speaking to the Golfchannel, is optimistic that the British Masters will go ahead. “All being well, it will be the first one back,” he said. “I don’t think there’s anything planned before that. We’ve got our fingers crossed that nothing goes wrong, there are no second waves, quarantine gets lifted and we can have a successful tournament. “The golf course is in fantastic condition and you could play a tournament there right now.

“We’ll be playing it behind closed doors, so obviously no fans there like how the PGA Tour is starting. It’ll be a mix of excitement and I guess trepidation and everybody feeling a little bit wary that they don’t do the wrong things and they do all the protocols right. I think everyone will be on their toes.

“It’s a tough situation. We can’t afford anything to go wrong, and this virus to spread any more than it has done. It’s going to be a fine line, and it’s a balance between having the tournaments but limiting the spread of the virus. Obviously people want something to watch, and it’s a good way to kick-start your economy.

“But also we don’t want a second wave [of the virus], so we have to make sure we’re very, very safe.” Westwood is eligible to play in the Charles Schwab Challenge but has decided not to make the trip while current quarantine restrictions are in place. Players and caddies travelling to America are required to self-isolate for 14 days, and Westwood doesn’t feel it is worth the effort.

“I’m entered for Colonial and the RBC Heritage as there’s top 50 in the world exemptions for those two events, but right now I won’t be playing them,” he said. “Not with having to leave here two weeks before, quarantine, then play the two tournaments, then come back and quarantine again. It’s six weeks for two tournaments and to me, it’s just not worth it.

“It’s not worth taking the risk if everybody thinks that those kind of precautions have got to be in place. I don’t feel like golf’s a priority, it’s that severe.”

And with the rescheduled US PGA Championship – the first major of the rejigged campaign – the week after the British Masters, Westwood says he won’t be playing there either.