Are You Hitting The Ball Further Than 5 Years Ago?

Distance is a persistently hot topic in the game. Golf equipment technology and marketing has long been dominated by the pursuit to help golfers hit the ball that little bit further, which has been translated into exponential growth among those at the elite level during the past two decades, particularly on tour.

Bombers like Rory McIlroy and Brooks Koepka reign supreme in a landscape where driving distance has increasingly become the most treasured attribute to success. Looking specifically at the PGA Tour, in 2000, only John Daly surpassed the 300 yard mark in average length from the tee, whereas during 2019 season, a total of 50 players crossed that once most rarified of thresholds. That is double the number of registered long hitters in 2014, just five years ago, underlining that this striking trend doesn't yet look like stopping.

Now, there is a philosophical debate that has raged for some time - since the 1990s with the demise of the Persimmon Wood Driver - about whether this continuing shift towards mammoth driving distance is something that needs to be curbed by the governing bodies. The convincing facet of the argument is that classic golf courses have now been stretched beyond their limits, reducing the variety and spectacle of the game as a spectator sport, which is making tour golf one-dimensional to play and watch. 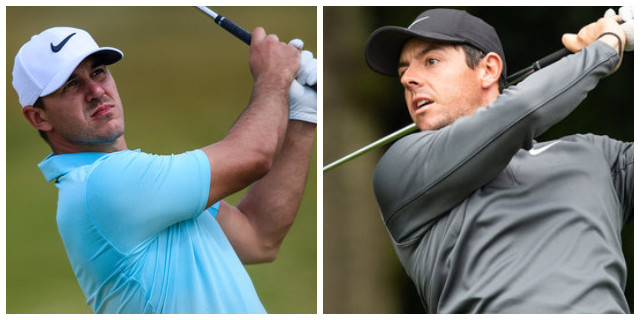 Counter to that is the fact that technological advancements have been part of golf for as long as the game has been seriously played, dating back to the feather balls and hickory shafts of the 19th century. Whether you think that it's now gone too far is a matter of perspective, but there is no question that the likes of Jack Nicklaus, Tiger Woods, Gary Player and Tom Watson take the view that something needs to be done in order to restore the game back to a manageable level.

However, that's just for the elite players. There is no doubt that the modern technology and has dramatically benefited the scientifically honed swings, techniques and physiques of the best, but have these improvements progressed to the regular, average golfer, those who ultimately need any support they can get to shoot lower scores?

Polled in the 2019 Golfshake Survey, we asked golfers this key question: Do You Think You Are Hitting The Ball Further Than 5 Years Ago?

Removing the minority of those who weren't playing golf then, or who have reported no clear difference either way, a stunning 43.2% of golfers who responded to our survey believed that they are hitting the ball further now than they were just half a decade ago.

Alternatively, 26.2% of respondents said that they were hitting the ball shorter now compared to five years ago.

This can be broken down further into age categories. 57.4% of golfers aged 34 and under noted an increase in distance, while the middle demographic of golfers between the ages of 35 and 54 were at a slightly lower number of 54.7%. However, for golfers over the age of 55, just 36.8% think they are driving the ball longer than five years ago.

Perhaps more notably, only 6.7% of those younger golfers reported a decline, while 34% of the oldest group have seen a drop in yardage. Just 12.8% of those aged between 35 and 54 have reported reduced distance. If you are among that crowd, it may be time to check our Senior Golf Tips with Peter Dawson to get the most from your game.

This more or less reflects a study done by Golf Digest three years ago, based on Game Golf Live data that compared handicaps and ages.

In 2018, the R&A's Driving Distance Report broke down the numbers across various standards of golfer, noting the average length for a 6 to 12 handicap golfer being 220 yards. If you have a rough idea of how far you hit it, then compare yourself to these findings.

Ultimately, the newest drivers, golf balls, and custom fitting technologies are having an impact on the game. That may be most keenly felt at tour level, where driving distances are continuing to grow, but a significant number of everyday golfers, members of the Golfshake Community believe that they are hitting the ball further than they ever have before.

Where does it end?