From golf professional to hugely popular YouTube personality with 450,000 subscribers, Rick Shiels has worn many hats and embarked on a successful journey through the evolving landscape of contemporary media to share his passion and knowledge within the game. Becoming a judge on a television show was perhaps not on the cards, but that is exactly what happened last year.

Reality television shows have become ten a penny. Ranking with social media and coffee shops as unexpected popular revolutions of the century, these programmes are now inescapable and dominate conversations, but golf club manufacturing likely wasn’t a subject that you would have instantly translated to this modern phenomenon. However, Golf Channel and Wilson Golf thought differently when they produced Driver vs Driver Two, which has promoted and celebrated innovation, delivered unparalleled access behind the design process, and ultimately crowned a winning driver that is now available for regular golfers to buy.

We caught up with Rick to hear more about the show, the successful design, and what he has taken from the experience.

“What you learn from it is the unexpected,” said Rick, who was part of the judging panel alongside Wilson Golf President Tim Clarke and celebrity golf fan Jeremy Roenick. “When you start watching the show, you begin to appreciate how much time and effort goes into driver design, and how many great ideas, and how many great minds there are in the world. They’re coming from different backgrounds, putting their own spin on creating a driver design. Most of the entrants are just golf fanatics, most of them are just golf fans, who have some grain of an idea that could potentially be grown into an actual driver – like we’ve seen with Cortex – that could hit the stores around the world and golfers could be playing with a driver that has been designed by a golf fanatic.”

Hundreds of keen entrants were whittled down to a select few during the televised stages. The principle and concept of each driver was honed and enhanced throughout by the Wilson Golf team during an exhaustive testing process, ultimately culminating in a closely fought final between the innovative Roswell and Evan Hoffman’s winning Cortex design, which is the most adjustable driver that Wilson has released to date. Golfshake's Ryan Rastall had the chance to meet Evan during the recent PGA Merchandise Show and test the new driver for himself.

The slick presentation of the show may have showcased a seamless process, but the realisation of these design concepts from the talented finalists required many hours of endeavour and the expertise of numerous engineers and testers.

“It fascinating that we ended up with two young lads (in the final), both in their 20s, with Tim (designer of the Rozwell) being only 21 when we first met him, and both talented golfers in their own right, but with fresh eyes. As would imagine with most manufacturers, the engineers and designers have been around for a while, as you need that level of experience, but Tim and Evan were willing to change and willing to develop, listen to the feedback that not only we as the judges offered, but what all the testers offered. We had a lot of testers on this show, at every stage from the tour professionals, the Wilson Staff Tour Pros, to the guys at the Orlando Golf Show, the influencers, the celebrities, they had a lot of feedback from a lot of different people, and what Tim and Evan did better than most – certainly in the final stages – was that they listened,” Rick added.

“They shaped and worked with those engineers at Wilson to take that feedback on board and improve on their designs, like sound, appearance, adjustability, were all things that could be changed at any point of the process, and they did that as best they could. The thing that shone through as we began to test the drivers further was how good they performed. Towards the end, there wasn’t a great deal in it between the two, but there needed to be a winner and unfortunately a runner-up, and once we went back and tested even further, we came to the Cortex.”

Which judge impressed you most in the Premiere?

Much had to be considered when choosing between the two designs, and the daring innovation of the Roswell was apparent throughout the show, but what swung it in favour of Cortex?

“From my personal perspective, it was appearance and sound,” said Rick. “For me, just looking at the golf club behind the ball, Cortex had a better, sleeker, more compact and confidence boosting look behind the ball, and for me the sound off the Cortex was that little bit more of a crack. Whereas, with the Roswell, the sound issues came from the unusual weight traction underneath, the Z-Track System, that had its difficulties with getting the sound correct towards the end of the process.”

The driver market is a hugely competitive environment between the major brands, and it’s the average golfer who will generally be purchasing the Cortex, but what benefits could this specific model have to their game in an era of marginal gains?

“The one thing I found from testing myself and seeing it tested by others was that it performed well from the middle. One thing that stood out for me personally was that strikes that were low on the face which is very common for the average golfer. And also, as you can imagine, toe and heel strikes. It seems to have a lot of protection and stability, that’s the one thing I would say. I don’t think it’s going to help the average golfer hit the ball outrageously further. The middle of the club face is as optimised as it can possibly be, of course, but the one thing I found was that on-off-centre hits, low strikes, certainly, it didn’t dip in performance as much as I was expecting. There will always be a drop-in performance, but what you’re trying to accomplish with those off-centre hits is less of an effect, less of a ball dropping out of the sky 30 yards short, but have a shot that still feels alright, you might only lose 10 or 15 yards. That was the one thing I took away from the Cortex, it’s incredibly pleasing to the eye for the general golfer, it’s a very good-looking driver.” 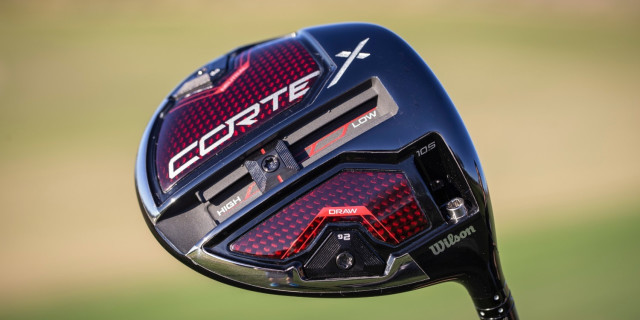 For those with an interest in golf technology and manufacturing, there is much to enjoy in Driver vs Driver Two - which is now available to watch on-demand on YouTube – and spending the time binging the series is something that Rick believes will be rewarding for those looking for that rare insight.

“When viewers watch the show, I think they will become invested in the process and in the brand. They will become invested in Evan, the designer, they’ll realise that it’s not as clear cut as putting any old thing together and call it a driver and stick it on the shelves. So much goes into it. And Wilson were brave enough to let you see that, showing you behind the normally closed, locked down doors.”

There are few bigger golf geeks than Rick Shiels – which is clear from his engaging channel and social media output – but such was the level of access and information provided on Driver vs Driver Two, that it became an educational and hugely rewarding experience for him.

“I learned everything. Honestly. I learned everything. For someone who has worked in the golf business, I only ever see finished products. I had never seen where it begins, where does it start. I’ll typically see finished products before the majority of the world, but those products were still finished. Where this, this was totally different, this was right back at the drawing board, as far removed as I’ve seen a driver from completion. Literally some of the designers had scribbled ideas down on a piece of paper, that’s how raw it was.

“To follow that process from start to finish, the one thing that stood out to me was how much further our intelligence could be applied in golf. The engineers that are involved in it, the science and research, the computer designs that you see. We even had acoustic testing, and you’ve got a driver on screen, which is not even built or processed, and it can tell you what that driver is going to sound like when it hits a ball at 100mph. That, for me, is mind-boggling. That’s crazy.

“As much as I have been in the golf industry for a while now, and I know a lot about finished products, I naively didn’t know a lot about where it all starts. I learned so much from the show.” 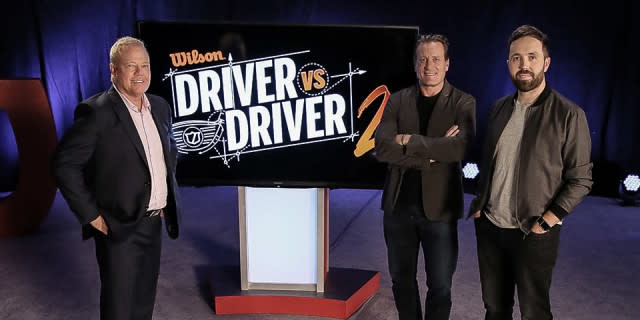 Enhancing his knowledge of the origin and creation of golf clubs is one thing, but what about being involved with a large-scale television production? Rick’s YouTube channel has progressively grown, and that has brought with it additional opportunities including being a social media host for last year’s The Open at Carnoustie – presenting alongside Eve Muirhead – but the scale of Driver vs Driver Two was on another level.

“It’s absolutely bonkers. The amount of people who are involved in it. We started filming the first episodes 12 months before it aired. It was such an interesting process. I’m based in the UK and the show was in America, so for me it was trying to work out logistics of having so many people to come together and schedule filming dates. Even just to get the three judges together and Melanie, the host, was a logistical nightmare. There must have been 60 or 70 crew members at every filming day, the cameras, the equipment. I remember being in a hotel lobby and there was a rack of cameras. I film predominately on my own, and my camera costs a few hundred pounds, and I asked what their cameras cost, and they started at one hundred thousand dollars each. There were six of them!

“The time, the logistics, and to structure a TV show around golf driver design was fascinating, but to also make it entertaining, engaging, to be able to shorten that all down into 45-minute episodes. I learned a lot and feel like my own content has massively benefited since being part of the show, because I’m now trying to up my production values. Back in the day, I would just turn the camera on and off I go, but then you end up wasting time and it’s not effective. So, now, even with my YouTube channel, I’m now planning more strategically, the videos I’m producing now are taking me longer, but the quality now, I would like to think, when compared to 12 or 18 months ago is now offering that extra producing value, that extra quality that I believe my audience is entitled to receive.”