Part of what is set to be one of the most exciting and anticipated equipment launches of 2019, Callaway has revealed its Epic Flash Sub Zero Driver, which has integrated new and innovative Flash Face Technology to provide golfers with a remarkably hot face that has been created to deliver distance increasing ball speeds.

Representing a departure for Callaway and incorporating an entirely new philosophy, the Flash Face's unique topography and architecture was manufactured through the unique eyes of Artificial Intelligence and the computer technology of Machine Learning, identifying the qualities of this sophisticated club face, and helping to create the design for the Sub Zero head, which works to optimise both Flash Face and the exciting Jailbreak that has been a feature of recent drivers. 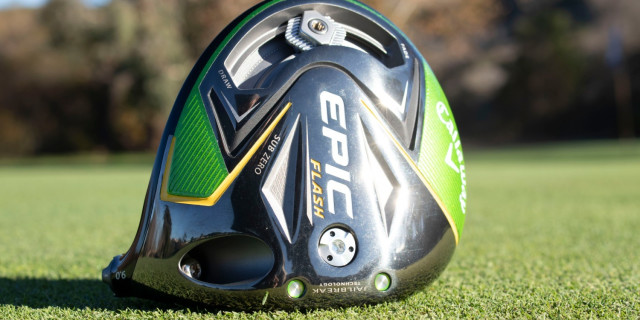 Additionally, this is also the first Sub Zero driver to include Callaway’s Adjustable Perimeter Weighting (APW) technology, consisting of a 12-gram sliding weight on a track located at the back of the head. Golfers can influence shot shape a lot or a little by positioning the weight at different points on the track. The closer you position the weight to the heel, the more draw-bias; the closer it is to the toe, the more fade-bias.

Callaway engineers used Artificial Intelligence and Machine Learning to create a radically different face design to increase ball speed in the centre region of the face.

Repositioning the 12-gram sliding weight gives golfers the power to easily promote draws, fades or a straighter flight. The first time for APW in a Sub Zero driver.

Golfshake PGA Professional and Equipment Expert Ryan Rastall has taken a closer look at the new Epic Flash Sub Zero and cast his eye over the performance and technology of this driver through a series of testing sessions to discover whether the club matches the lofty expectations that have been placed upon it.

"Very good driver. The ball speed is quick, you can tell the difference between this and the Rogue and Epic from previous years. I always felt that they were a little dead off the face, but this is quick. The ball speeds were are seeing are very, very good, and testing this out on the golf course, the flight difference between this and Epic Flash was more evident. Absolutely fantastic driver. The technology is mind-boggling."

You can see Ryan's full review of the Epic Flash Sub Zero, below.