In what is set to be one of the most exciting and anticipated equipment launches of 2019, Callaway has revealed its Epic Flash Driver, which has integrated new Flash Face Technology to help golfers achieve greater ball speeds to gain more distance from the tee.

This has been created through the introduction of Flash Face, a sophisticated face design that was produced through the use of Artificial Intelligence and the computer science Machine Learning, the first known instance of A.I. being utilised within the golf industry. It was a lengthy process, working through 15,000 face iterations, before arriving at the eventual destination of Flash Face and its distinctive topography featuring subtle ripples, aligned with the existing technology of Jailbreak to complete what Callaway believes is among the most innovative and technologically rich drivers in its long history. 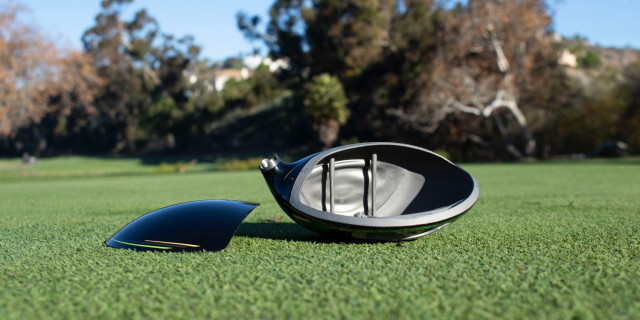 New T2C Triaxial Carbon Crown Material for Higher MOI A new lighter triaxial carbon fabric called T2C has a tighter weave; the weight it saves is redistributed within the head to raise MOI for exceptional forgiveness on off-centre hits.

Golfshake PGA Professional and Equipment Expert Ryan Rastall has taken a close inspection of the Flash Face Driver, assessing the technology and testing the club to see whether it delivers on such lofty expectations. When it came to joining Flash Face with existing Jailbreak, for Ryan, this new driver has made a significant change to performance levels.

"I had a few hits with this on the course and on the TrackMan, and the ball speed is certainly very quick with it. The last two Callaway Drivers - both Rogue and Epic - featured the Jailbreak Technology that Epic Flash still has, but this new face has really revolutionised how it works. From what I've read about it, and the testing I've done, it's almost as big a jump as when Jailbreak was first introduced."

You can see Ryan's full review of the Epic Flash Driver, below.