Defending Open champion Henrik Stenson experienced a shock on Thursday after his opening round at Royal Birkdale, discovering that his rented home for the week had been burgled, with personal items and his clothing being stolen during the afternoon when the house was empty.

Fortunately, the Swede’s family were not in residence at the time, but it was an almighty stir for the imperious winner at Royal Troon 12 months ago, who was nonetheless able to comfortably make the cut on Friday and sit eight shots back of halfway leader Jordan Spieth.

Releasing a statement, the 41-year-old confirmed the circumstances surrounding the theft. “When I finished my round today (Thursday) I was informed that the house where I am staying had been burgled. It is obviously a very special week for me to be playing here in front of the fantastic Birkdale crowds as the defending Open champion so I am going to try not to let this spoil the week in any way.

“I am extremely grateful that my family were not in the house at the time.

“As many of you know the Claret Jug was returned to The R&A on Monday but unfortunately, along with some valuable personal items, they have taken all my clothing for the week.” 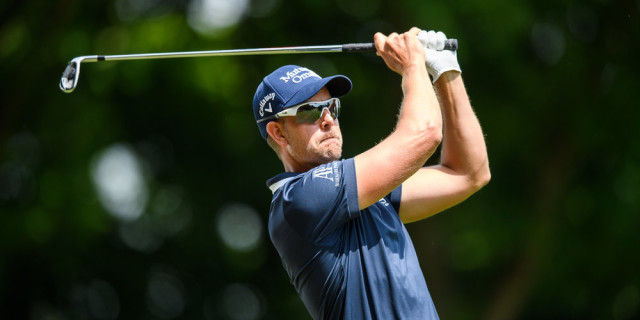 It was a deeply troubling incident, and one that leaves a dark mark on what should be a special week for Stenson, who secured the famous trophy last year after an extraordinary duel with Phil Mickelson in Ayrshire. He explained the situation to the press following his second round with typical dry humour, which masked an understandable anger at what had occurred the previous day.

“Actually, they missed my carryon, so I still have some of my stuff. If they're listening, they didn't get the full jackpot, but they got obviously a lot of valuables, watches and other things. But they were clearly targeting me, because they were there when I was out playing, and they figured out that the house was empty when I was away, and they stole all my gear,” he noted. “Normally I don't think burglars would take clothes. That doesn't feel like the normal kind of thing that you would take. But all my gear is gone. If you see people Bossed up in this way, feel free to ask what they were doing between 12 and 4 yesterday.”

High profile sportspeople have been targeted similarly in previous incidents, and Stenson remarked that the wide publicity surrounding him earlier this could have made him an obvious figure to be singled out. “I had a car this week with The Open logo. I took pictures with some people that obviously I don't suspect in any way, but you know how social media works, if someone takes a picture in front of the house, it might be tagged where the picture was taken, and someone puts one and one together, so there's many, many different reasons or ways it could have happened. I don't know, I just know that I don't believe in a coincidence that it was just a normal burglary, and it just happened to be my house for the week at the same time I was out playing.”

Stating that he will be more cautious in future but still grateful than none of his loved ones were caught up in the incident, the final two days of the championship will hopefully bring with it a degree of positivity to complete a momentous week. Successfully defending the title may be out of the question, but there is little reason why the “Iceman” cannot complete his tenure as the Champion Golfer of the Year in style.