Last year, Ian Poulter was nursing a foot injury while providing a touch of commentary at Royal Troon for Sky Sports. He was an afterthought when it came to Darren Clarke’s Ryder Cup team, with the colourful Englishman’s career appearing to be slipping into the chasm of decline. However, 12 months on, the 41-year-old is back feeling rejuvenated and is in contention for his first major title following an opening-round of 67 at Royal Birkdale.

It has been a tumultuous 18 months for the 12-time European Tour winner, who had slumped to a low of 207th in the world ranking in March. Narrowly failing to retain his playing rights in America – or so he thought – the next chapter of Poulter’s story was an uncertain one. However, thanks to a stunning reprieve coming after the PGA Tour sought to address an imbalance after changing its rules, a welcome hand of positivity reached out and he has typically grasped that opportunity.

Finishing runner-up with a thrilling performance at THE PLAYERS Championship in May helped to light the fire within the charismatic golfer who had so often been the burning flame for Europe in the biennial contest against the United States, and he has only carried that progression on from there, expressing a determination that had taken a young man from being an assistant pro in a club shop to the highest levels of the game.

He’s been a man with a mission, such was his resolve to come through Open Final Qualifying at Woburn, making a return to the championship at the venue where he was runner-up to Padraig Harrington nine years ago. Royal Birkdale holds positive memories for Poulter, and he looks set to add some more following a three-under start to the 146th edition of golf’s oldest major. Far cry from sitting in the studio with David Livingstone and Butch Harmon, it must be said. 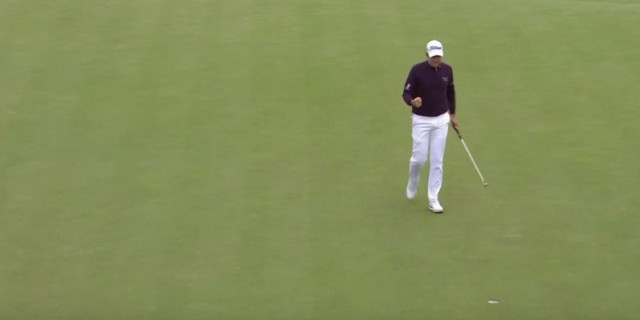 “Last year I was commentating for the first two days, which was difficult, he reflected. “I think that's one of the most difficult things I've done. The other difficult thing I've done is obviously not playing Ryder Cup and being a vice-captain. The experience was amazing, but it was very, very hard. As someone that's played quite a few majors, now I chose not to watch a lot of the golf because it was too disappointing to watch TV.”

That run at Sawgrass was a sudden redressal of fortunes, setting him on the right path once again, and the significance of that week is not lost on Poulter. “I'm definitely playing with a bit more confidence and that's definitely showed over the last couple of months. THE PLAYERS Championship was a big week for me,” he added. “I think that was a huge turning point. And I'm a freer player on the golf course. I can be more aggressive. I can hit more of the shots that I'm kind of visualizing, and I think I've done a lot of good work with Pete and even with myself on camera to look at -- try to maintain a consistent level of ball-striking and it shows.” 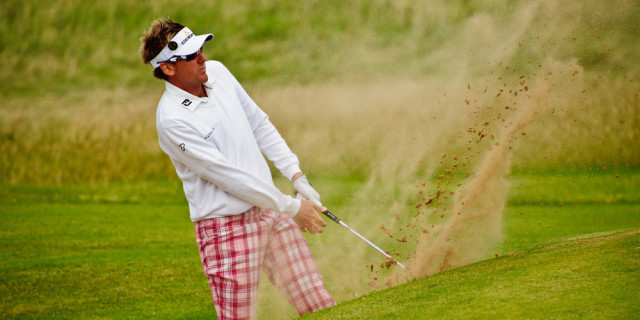 It certainly did at qualifying – which he was proud to come through – and on Thursday at Birkdale, where he is carrying a wealth of support and warmth from the huge gallery in attendance. “Players love playing here. They love playing in The Open, and spectators respect that, as well. And they really make you feel great out on the golf course, and I felt that today. They gave me a little bit of a buzz. And they gave me a bit of energy on the greens, as well.”

That will only build over the coming days should Poulter remain in contention over the weekend. It’s been a fascinating career, one that has often defied the odds. Through hard work and determination, the man from Hitchin has achieved more than perhaps he should. Securing a major victory – and with it being the first English winner of the Open in 25 years – would be the pinnacle. It's just a shame he wouldn't be commentating on it.