Two-time Major Champion Bubba Watson is about to add some additional colour to the 146th Open Championship at Royal Birkdale over the coming days, through the use of his brightly tinted Volvik golf balls.

Bubba, who signed a long-term deal with Volvik in January, is due to play a Pink or Green coloured S4 Volvik golf ball at Royal Birkdale this week – the first time either colour will have appeared at a Major event. As part of his deal with Volvik, the brand leader in multi-coloured performance golf balls, Bubba can decide whether to play with a Green, Pink or White ball on any day of his choosing.

While playing Volvik S4 balls this season, Bubba has a driving average of more than 306 yards on the PGA Tour (ranked 6th for shots gained off the tee) with a swing speed of 121 mph. The four-piece S4 ball features the world’s first patented dual core within its ‘Tour Urethane’ cover for extreme accuracy and optimal spin rate, while the 3-piece VIVID range is the world’s first matt-finish coloured golf ball, offering longer distance to golfers with slower swing speeds in striking Red, Orange, Pink, Green, Lime, Blue and White colourways. 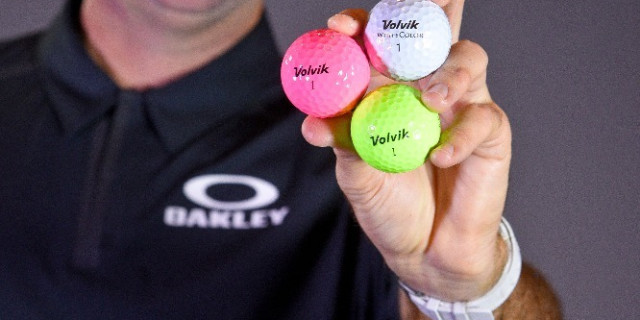 In the UK market, the Volvik S4 ball has a RRP of £49 per dozen and the Volvik VIVID ball retails at £39 per dozen. For more information, visit www.brandfusionltd.co.uk or www.volvik.com.