From a Championship Belt to Winning Cheque for £1.4m

The winner of The Open will walk away from Royal Birkdale with the Claret Jug, a medal and a cheque for £1.4m ($1.84m). Somewhat bizarrely, the R&A will be paying the winner in US dollars. When the tournament was first staged, the total prize money was £10.

The Claret Jug is one of the most famous, most iconic trophies in all sport. But way back in the mists of time, when The Open was first played at Prestwick in 1860, the winner was given something called the Challenge Belt, which was made of Moroccan leather, embellished with a silver buckle and emblems.

It was donated by the Earl of Eglinton, who was also instrumental in setting up The Open. The original Challenge Belt was purchased by the members of Prestwick Golf Club, and little could they have known way back then what they were starting.

According to the first rule of the new golf competition: “The party winning the belt shall always leave the belt with the treasurer of the club until he produces a guarantee to the satisfaction of the above committee that the belt shall be safely kept and laid on the table at the next meeting to compete for it until it becomes the property of the winner by being won three times in succession." It is fair to say that back in those days, professional golfers had something of a "reputation" as men who enjoyed a drink or two, so it is no surprise that the organising committee wanted a guarantee that the belt would be returned. 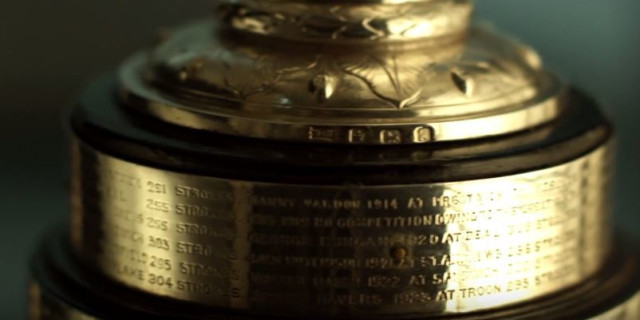 In 1870, Tom Morris Jr won for the third consecutive time and was given the belt. The tournament was not held in 1871. Moves to revive it resumed the following year.  Agreement was finally reached on September 11, 1872 between the three clubs that were to host The Open — Prestwick, the Honourable Company of Edinburgh Golfers (Muirfield) and The Royal and Ancient Golf Club (St Andrews). They decided that the winner would receive a medal and that each of the three clubs would contribute £10 towards the cost of a new trophy, which was to be a silver claret jug, instead of another belt. Its proper name was to be The Golf Champion Trophy. These decisions were taken too late for the trophy to be presented to the 1872 Open Champion, who was once again Tom Morris Junior.

The first champion to receive the Claret Jug was the 1873 winner, Tom Kidd, but Tom Morris Jr's name was the first to be engraved on it as the 1872 winner.

In 1920, organisation of The Open was handed to The Royal and Ancient Golf Club. After the 1927 Open, won at St Andrews by Bobby Jones, the Championship Committee decided to retain the Claret Jug in future years and present the winner with a replica. In 1928, Walter Hagen won the third of his four Open titles and accepted the replica Claret Jug, having already been presented with the original in 1922 and 1924. During the half-century in which the original Claret Jug was used, 28 different players held it aloft, including Harry Vardon on a record six occasions.

The first time a medal was given to the winner was in 1872, when no trophy was available. Unlike the Claret Jug, the Gold Medal is kept by the winner. The early Gold Medals were large ovals with a central design of a shield and crossed golf clubs. Around the edge was the inscription ‘Golf Champion Trophy’. The circular medal was first introduced in 1893 and the basic size and shape has not changed since then. 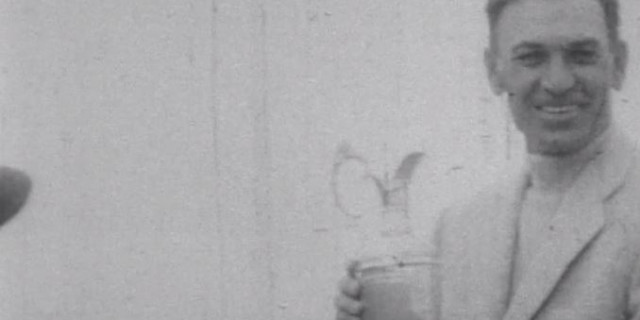 That same year, the medal was assigned a value of £10 and this was deducted from the advertised purse for the winner. In 1920, the value of the winner’s medal was increased to £25 and again deducted from his share of the prize fund. This practice stopped after the 1929 Open Championship and from 1930 onwards, the winner no longer had to ‘pay’ for his medal.

In 1949, a silver medal of the same size and design as the winner’s medal, was presented to the leading amateur for the first time. It bore the inscription ‘Golf Champion Trophy’, with the addition of the words ‘First Amateur’. Frank Stranahan of the United States was the first to receive the silver medal and he went on to win it again in 1950, 1951 and 1953.

Since 1972 all amateurs, other than the leading amateur, who make the cut at The Open receive a bronze medal.