Much of the discussion surrounding this year's U.S. Open has been based around the new venue, Erin Hills, which has drawn a wide range of responses, from the highest praise to others hugely concerned about the long fescue grass that frames the fairways of the striking Wisconsin course.

However, for Rory McIlroy, first impressions of the challenge ahead this week have been positive. In an interview with the U.S. Open YouTube Channel after a practice round, the 2011 champion expressed his approval of the layout.

"I like it. I really do," the 28-year-old said. "It's definitely lived up to expectations. It's great. For a U.S. Open venue, it's a little more generous than we've seen in the past, which is great. It will allow guys to be aggressive. Gets a little tricky on the greens sometimes, but overall, I think it's a great test."

There are several blind shots on the course, which helps create a visual intimidation factor, but for the Northern Irishman, the key is through preparation. "You're going to have to be really confident with (on Thursday) is knowing where exactly you need to hit your tee shots. Sight-lines off the tee are important, but if you can get comfortable with those."

"It's perfect."@McIlroyRory had high praise for Erin Hills. #USOpen pic.twitter.com/J5rhZipx6C

Wind is likely to be present throughout the championship, and the four-time major champion also touched on the importance of controlling ball flight, particularly with the course not being receptive to running shots. Reminiscent of nearby Whistling Straits, the examination is played through the air, which could set its own challenges if the breeze picks up.

There can be no quibbles about the condition of the expansive property - in contrast with 2015 host Chambers Bay - with McIlroy describing this week's canvas as being "perfect". That will please the USGA, who have come in for much criticism in recent years, but it's nonetheless inevitable that they will face more negative mutterings from disgruntled players.

However, for the winner of six years ago at Congressional, the vibes are good entering the second major of the year, as he seeks to make up for lost time after an injury affected season to date. 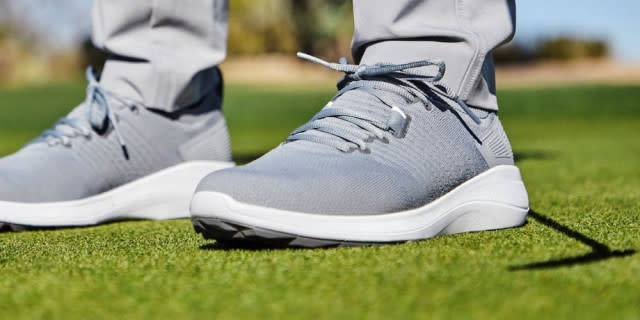