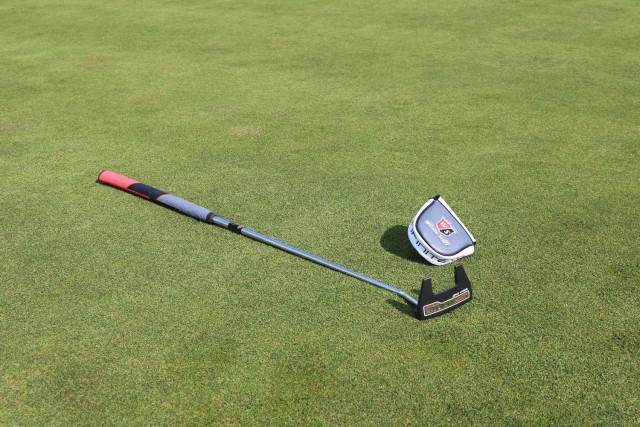 The Infinite Midway putter from Wilson Staff is a modern, aggressive mallet head with an Arm Lock design, to help produce a more controlled putting stroke. The counterbalanced technology in the Infinite putter places additional weight in the head and in the grips. This moves the balance point closer to the hands and creates a higher moment of inertia for the entire club. 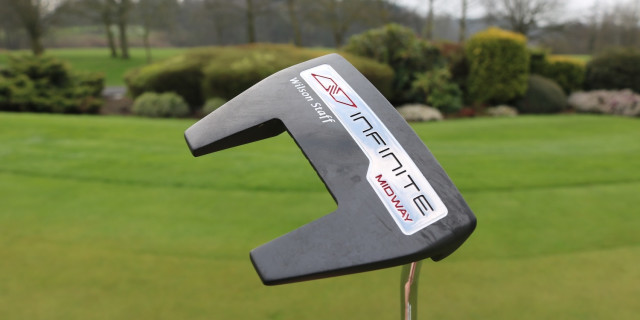 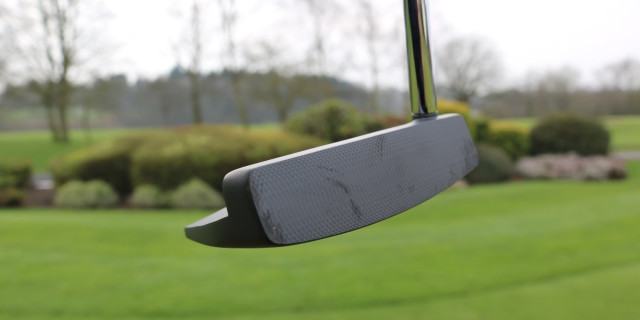 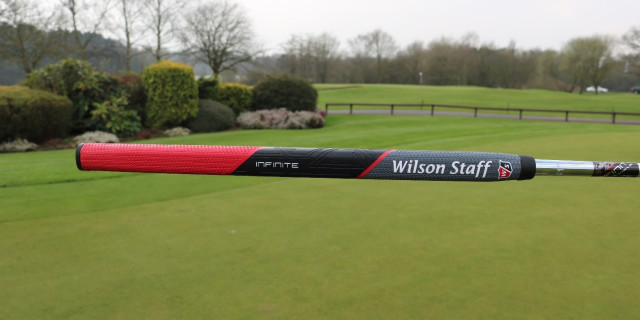 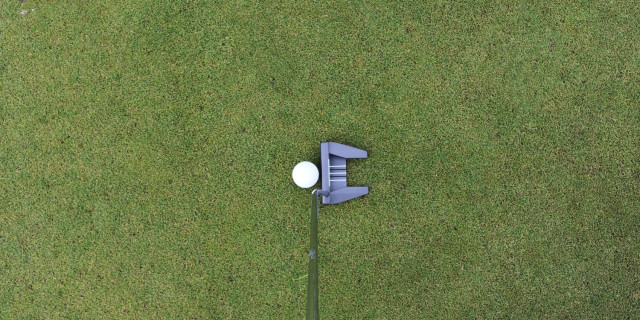 I was not a big fan of the matte grey finish, although at setup it sat square and had a nice amount of alignment aids. It wasn’t the softest feeling putter off the face and made a horrible, metallic ting sound, which I disliked. It also felt strange pushing my hands forward with the Arm Lock grip.

The roll was pretty good, despite the feeling of de-lofting the putter, and I got a consistent roll. Personally, I am not a fan of counterbalanced putters as they always feel too light in the head. The Arm Lock grip is what sets this putter apart and it is really weird at first, but you soon get used to it. Surprisingly I holed plenty of putts.

I quite liked the fang shaped head, although due to the lofted face it was quite hard to get to sit square. This was probably because I’m not used to using a putter with the Arm Lock grip. The noise was not nice at all and was very tinny. At first it was a struggle to get a consistent roll but once I got used to the way the putter works, it did actually roll really well.

This is a nice looking putter at address and has well designed alignment features that instil confidence. It felt relatively nice off the face, but the noise was a bit tinny. I struggled with the Arm Lock technique so it was tough to get a consistent roll. The putter did have a nice grip and a good weight but this putter isn’t for me.