WITH all the bigs boys on the European Tour getting themselves ready for the BMW PGA Championship at Wentworth, there is a great opportunity for some of the Tour's lesser lights to make a name for themselves in a new tournament, the Rocco Forte Open at Verdura, Sicily.

And there is every chance that there will be a home winner, with rising Italian stars Nino Bertasio and Renato Paratore joining Edoardo Molinari and Matteo Manassero in a field that also contains Ryder Cup captain Thomas Bjorn.

Paratore continues to prove why many regard him as one of the best prospects in Europe when he finished in the top 10 at the Trophee Hassan II, which was won in such spectacular fashion by Molinari. Paratore finished in 56th position in the Race to Dubai ast year in just his second season on tour. He knows Verdura and is looking forward to returning to the course.

“I played at Verdura Resort about five years ago so I’m sure it’s a little bit different now,” he said. “I played as an amateur in some national team practice so I haven’t played any official rounds there. The course was a good, testing course. It wasn’t wide, it was quite narrow, so I like those kinds of courses.

“I will definitely enjoy the week, it’s always nice to play in my home country. It’s great to have more than one tournament in Italy. All of us Italians want to play there and enjoy it. There is a great amateur set-up in Italy so that’s why you see a lot of young Italians coming through now. The Ryder Cup is definitely helping to inspire Italian golf and help that movement for the game.”

There is also a world-class amateur set-up in France. Romain Langasque is just the latest prospect to emerge from the country that will host the Ryder Cup next year. He had a fantastic season on the Challenge Tour in 2016 and then made a fast start to his career on the European Tour. Not yet 22, Langasque made the cut in his first seven starts on the European Tour and is already comfortably within the top 100 in the Race to Dubai.It hasn't all been plain sailing in recent weeks but make a note of this guy's name - he is a future winner.  Romain Wattel is another product of the French system. Many pundits believe that Wattel has the game to make next year's Ryder Cup team, and admits that he has been inspired by the recent deeds of yet another Frenchman, Alexander Levy. Wattel is my pick for this week. He hits the ball straight, and that is a prerequisite on this course.

Jamie Donaldson, who holed the winning putt at the 2014 Ryder Cup at Gleneagles, has struggled over the past couple of years and is tumbling down the world rankings. The Welshman is a ferociously competitive player but has missed five cuts this season and earned less than £30,000, but there were signs at the GolfSixes event, where he represented Wales, that his best golf is not far away. In competitive play he has broken 70 just twice this season. Donaldson is a better player than that.

David Horsey burst onto the scene at around the same time as Danny Willett, and the pair's career followed fairly similar paths until a couple of years ago, when Willett discovered an ability to win big titles, culminating in his incredible victory at The Masters in 2016. Since that glorious moment, Willett has gone into reverse, reaching a nadir last week when he was sacked by his caddie. Horsey is a four-time winner on the European Tour who had eight top 10 finishes in 2016, including a runner-up spot at the prestigious Turkish Airlines Open. He hasn't been at his best this season but played well enough at the recent Indian Open to suggest that another good finish might not be far away. 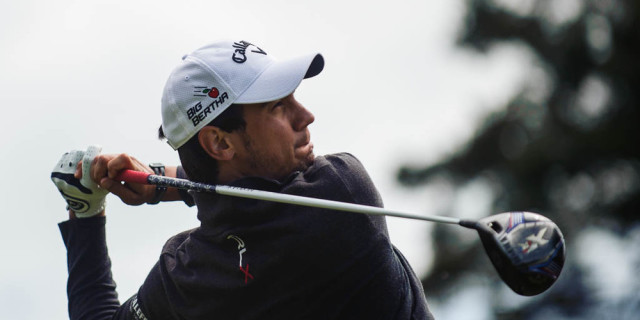 American left-hander Paul Peterson might well be worth a flutter in Sicily. Winner of the Czech Masters in 2016, Peterson found himself in the limelight at the GolfSixes when he was penalised for failing to beat the shot clock at St Albans. Peterson has a beautiful golf swing and, like most left-handers, is a wonderful putter, who has a happy knack of being able to drain crucial putts. He hasn't looked like winning recently but has made six successive cuts, and eight out of 10 in total. In other words, he has found a level of consistency that will surely see him returning to the winner's circle again.

Renato Paratore. Has the lot at his disposal

Marcus Fraser. Straightest hitter on tour, will love this course