Olazabal Looking Ahead to 2 Weeks Back on Tour

JOSE MARIA OLAZABAL has not hit a shot in anger since the 2015 Masters. A fierce competitor and much-loved player, the Spaniard has been dogged by injury and illness throughout his career but he returns to action at the British Masters at The Grove. 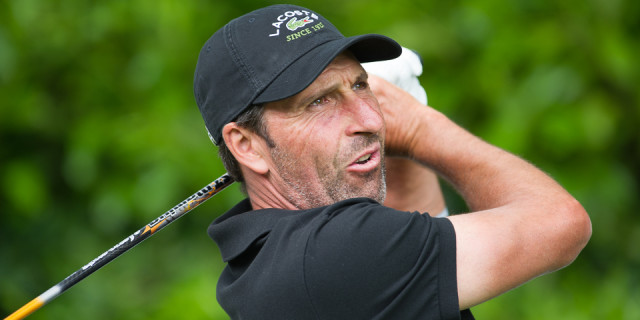 He has struggled with rheumatoid arthritis for much of his adult life, which makes his achievements all the more remarkable. There wasn't a dry eye in the house when he won The Masters for the second time in 1999 after being sidelined for months with a foot injury that nearly ended his career. The condition was originally misdiagnosed and it was only when a specialist finally told Olazabal he had arthritis that he received the treatment that allowed him to cope with the pain and return to the game.

And now the victorious 2012 European Ryder Cup captain makes his first European Tour appearance in more than 18 months at The Grove, before heading straight to the Portugal Masters.

Despite everything he has been through, Olazabal has amassed 23 European Tour titles.

Olazábal, who is now also eligible for the Senior Tour after turning 50 in February, says the next couple of weeks will determine his future after being confined to the sidelines since the Masters Tournament in March 2015. He finished ninth at the Hassan II Trophy in Morocco earlier that month, the last time he played four rounds, before shooting a 71 in the second round at Augusta National.

He said: “I am very excited to compete again. I want to see how the body can cope with the regular competition, rhythm of practice and 18 holes. Lately, I’ve played 18 holes two days, nine holes another two days – I’ve been alternating that way.

“The two weeks at the British Masters and Portugal Masters will be a good test to see if I can stand up all day. I want to see how it goes during the two weeks, and that will help me to take a decision on whether I will keep on playing the European Tour or the senior circuit next season. We’ll see how it goes.

“The problem is due to an inflammation of the extremities of the tendons, and it’s been a long process of recovery. I hit rock bottom last December and started improving slowly from January.

“Although I’m feeling better, I’m still not at a 100%. The pain is not so bad now, it gets a bit painful from time to time but I think that’s just getting old!”

After his first Masters win in 1994, Olazábal missed the 1996 tournament as he recovered from rheumatoid polyarthritis in three joints of his right foot and two in his left. He spent 18 months out amid fears that he could be confined to a wheelchair for the rest of his life.

Olazabal masterminded Europe's comeback during the 2012 Ryder Cup at Medinah when his team overcame a 10-6 deficit on the final day.

“I would like my comeback to competition to be as discreet as possible,” he said. “I don’t think I’m the big news story, that belongs to the younger players, like Rory McIlroy hitting the driver to 388 yards, Brooks Koepka’s four iron to 240 yards, spectacular shots to the flag. In any case, I’ve been out of the European Tour for such a long time that I will need to introduce myself at the driving range at The Grove and Oceanico Victoria. My opening line might need to be ‘Hello, I am Jose María, nice to meet you’.”