Golfing in Kent: 6 of The Best Courses and Where to Stay

Golfers looking to explore the Garden of England should not miss the opportunity to play a round or two at one of the many fantastic golf courses located in Kent. With over 100 courses available, golfers of any skill level can find something to suit their game. From parkland courses, to heathland courses, to links courses, including the famous Royal St George's which hosted the 149th Open Championship in 2021, there is a course for everyone.

To help you find the perfect course for your trip, here is a list of six must-play courses in Kent, plus four places for you to stay if you plan to turn your visit into more than just a one round trip.

6 Must Play Golf Courses in Kent 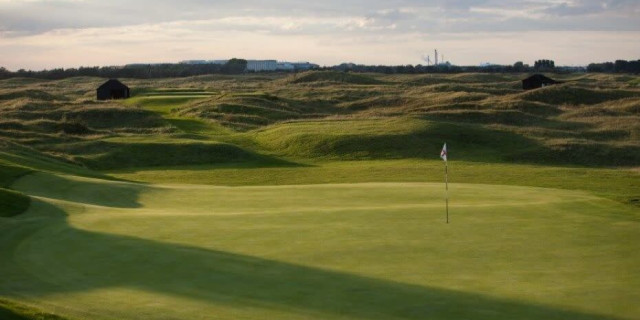 The crème de la crème of golfing in Kent, Royal St George’s is one of the most iconic venues across the entire world, let alone England. The history that this facility holds is truly remarkable and it is the only southern course that is part of The Open rotation. Founded in 1887, its mission was to rival St Andrew’s and provide an excellent links challenge for the south of England.

It was the first club to host The Open outside of Scotland in 1894 and it also produced the first non-Scottish professional victor during the same championship, as John Henry Taylor bested the field around him. The club’s Challenge cup is one of the oldest amateur competitions that still remains today and Jack Nicklaus picked up victory at this event in 1959. Ian Fleming used the golf course at Royal St George’s for his novel, Goldfinger – although the name was changed to Royal St Marks. This year’s championship will mark the fifteenth time that the venue will play host. 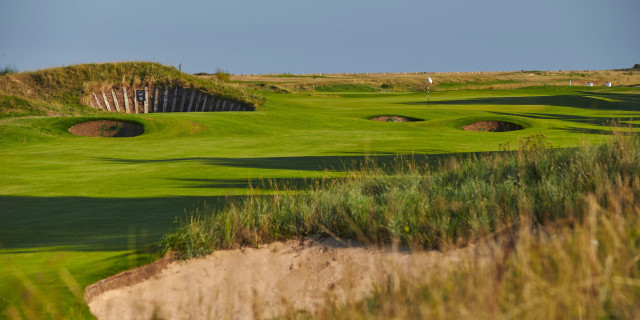 During the early origins of the previous century, Sir Harry Mallaby wanted to build a golf course that would specifically welcome lady, junior and family golfers. As someone who frequently visited Kent for golfing purposes, Harry knew the potential that the vicinity held. He and a Cambridge University friend Percy Montagu funded the majority of the project after being donated the land by the Earl of Guilford.

Charles Hutchings, the 1902 Amateur Champion, was employed as architect and he worked alongside Percy to create the Prince's golf course in 1904. Once completed, former Prime Minister A.J Balfour drove the first ball and was named club captain. It also hosted The Open Championship in 1932 and it was viewed as a success. However, the imminent war would prevent any further hosting rights. Both Phil Mickelson and Gary Player are honorary members at the golf club. 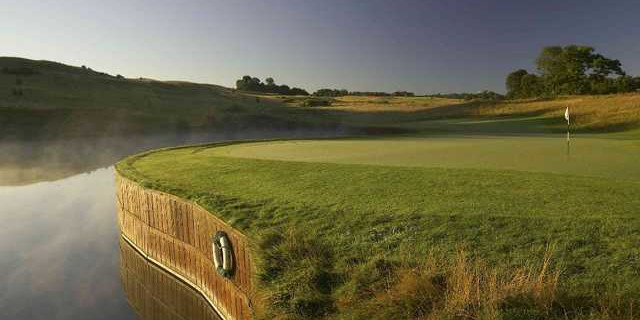 One of the more recently established golf clubs within Kent is the London Golf Club. It provides a test that only Jack Nicklaus could set, after he designed the course in July 1994. The Heritage Course has been nominated for England’s best golf course during the World Golf Awards 2021.

It was originally developed by a Japanese businessman Masao Nagahara, after there was justified concern for a lack of a premium golf hub near the city of London. Following its opening, Jack, Seve Ballesteros and Tony Jacklin partook in a skins match for the official launch of the club. It has hosted The European Open and also played host to the European Senior Tour and PGA Seniors Championship.

Chart Hills Golf Club was designed by Steve Symers and Nick Faldo – whilst the latter was still a touring professional. The duo had managed to successfully create an enticing course with plenty of water and sand hazards that were specifically designed to test the greatest of golfers. It has hosted European Tour Qualifying School, Ladies European Tour, Ladies English Open and the Ford Golf Classic. 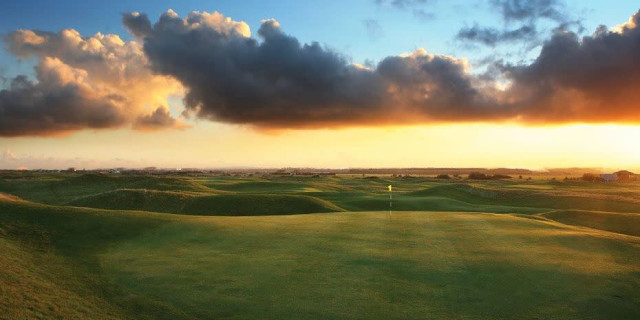 As aforementioned, Royal Cinque Ports shares the same coastline as Royal St George’s and Prince’s Golf Club and also shares another similarity – it has hosted The Open Championship. The 1909 and 1920 editions of the competition were held at Cinques Ports and the venue would have received more too. However, the 1938 and 1949 championship had to be relocated due to abnormally high tides that had partially took over the course. Designed originally by James Braid before Henry Cotton helped restore the site. 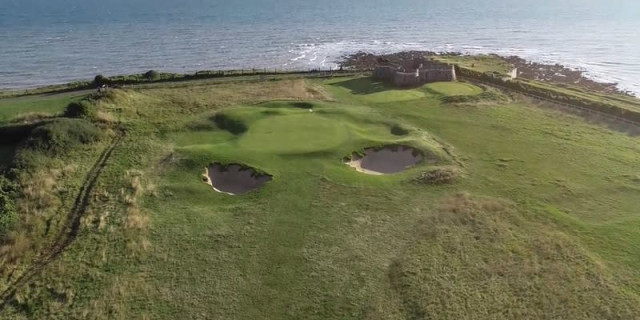 There are two excellent courses for you to choose from at North Foreland, which is a testament to its versatility as a classy golf club. Founded in 1903 and located in Kingsgate, the village had previously existed as a poor fishing vicinity. In the 18th century, it became the grand estate of Lord Holland and it propelled its status amongst England. During World War II, members of the club would sit on the veranda and watch the Battle of Britain high above in the skies. Abe Mitchell, who features on the lid of the Ryder Cup, had worked at North Foreland Golf Club.

Find my golf courses to play in Kent:

The Lodge at Prince’s Golf Club

As you enter the premises of Prince’s you’ll notice that there is an accommodation option: The Lodge. It boasts 12 bedrooms across two floors, each with efficient club storage and tea making facilities to help you start the day in the correct fashion. Each room comes equipped with free WiFi, large double or twin beds and a bath or shower room. The apartments offer a contemporary and stylish interior that is ideal for groups or families that are looking to relax and unwind. However, the bay suite provides a more luxurious setting where you will experience unrivalled views across the bay of Sandwich.

The Bell Hotel is a popular facility to stay at and has welcomed visitors since Tudor times. Overlooking the River Stour, this hotel has recently undergone extensive refurbishment but it has not compromised on its charming period features that make it such a unique place to stay. Accompanied with the overnight options are a pub, restaurant and terrace that serve only the finest food and drinks. If you have already secured alternative lodgings, then feel free to visit the eating area as it is not exclusively available for guests of the hotel.

The Pegwell Bay Hotel is located on the cliffs of Pegwell Bay and the venue offer an array of overnight options. Single, double and twin rooms all come equipped with en-suite facilities and the home cooked food is one of Kent’s best eating options. It is an excellent base if you are looking to play plenty of golf during your visit and guests can enjoy panoramic views across the English Channel. There are 42 bedrooms and a homely restaurant on site, where visitors can enjoy a relaxed and friendly environment.

The Blazing Donkey is tucked away in the countryside of Kent but it is only a short car journey from the town of Sandwich. The history of this building can date back to the late 1700s, where the premises was utilised as an annual meeting for gentleman florists. The Blazing Donkey truly shines during summertime, where its wonderfully kept gardens provide the perfect escapism from the hecticness of daily life. In 1997, this establishment became the first property in England to be licensed to host outdoor civil marriages and in contemporary times, it is one of the most popular party venues throughout the entire district.

The Golf Courses You Must Play in Kent