Matt Kuchar Quietly In Form Ahead of US Open

IT CAN'T have escaped your notice that Matt Kuchar recorded yet another top-10 finish at the Memorial. The 37-year-old American has a stroke average for the season of 69.801 and is 18th in the world rankings - he seems to have been in the top 20 for ever.

He is a money-making machine. Take this season as an example - he has played in 16 events and made 15 cuts. That's impressive enough, but then you take a closer look and realise that in his last four tournaments he has finished tied third, third, tied sixth and tied fourth. In all, he has enjoyed seven top 10 finishes this season.

He has won seven times since joining the PGA Tour in 2000, but can also boast nine runners-up finishes, 11 third places, 82 top 10s and a staggering 125 finishes in the top 25. His career earnings stand at $36.4m and in each of the past nine years he has earned at least $1.5m in prize money. 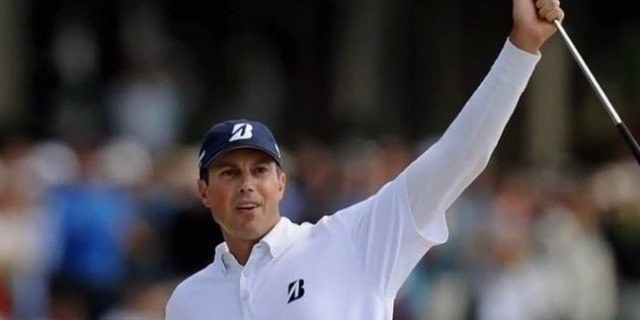 He is 153rd in driving distance, hitting the ball only an average 282.3 yards but what he lacks in distance he more than makes up for in accuracy. Kuchar hits 66.46% of fairways, which is right up there with the best of them, and when he misses the short and prepared he does so by inches.

He makes an average of 4.12 birdies per round - only 11 players on tour can better that. Tellingly, only 11 players get closer to the hole than he does from 75-100 yards, and he hasn't missed a single putt from three feet or less all season - nobody else comes close.

It all amounts to a stellar career, and yet doubts remain about his ability to finish the job off. It is two years since he last won, and he should have won the Memorial, but anybody who writes him off does so at their peril. Kuchar arrives at Oakmont in great form and will seriously fancy his chances of winning his first major. Don't be surprised if it happens.