IT WAS at the Valspar Championship at Innisbrook resort in Florida where it all really began for Jordan Spieth last year. Sure, he had won in Australia and then added Tiger's Hero Challenge, but this was where the real business of a memorable season began.

The world number one has already won on the European Tour in 2016, but would be the first to admit that his form on the PGA Tour has not been quite what the doctor ordered. In particular, his putting has failed to match the incredible standards it did for much of that incredible spell that began here.

But Spieth is a very positive young man who finds the good in everything that happens to him. And you can bet your last dollar/euro/pound (delete where applicable) that he simply cannot wait to get back here to defend the title he won in a playoff with Patrick Reed and Sean O'Hair after a short-game display that left everybody who saw it speechless in wonder. 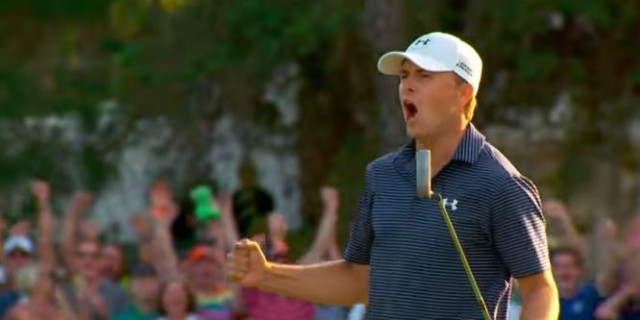 He drained putt after putt, and when he missed greens he produced magical recovery shots, many of which Seve Ballesteros would have been proud to call his own. So can he successfully defend his title? Of course he can. Will he? You wouldn't bet against it.

For sure, he cannot possibly putt as poorly as he did at Pebble Beach or at the Northern Trust Open, where he opened with a 79 that was worse than it sounds. He played horribly, and he putted like a man wearing a blindfold.

Reed is also back, and raring to go. This is a man who doesn't like to lose and who has improved with every year he has been on the PGA Tour. He has performed well this season, but is still missing a victory.

Henrik Stenson, having played little golf early in the year, has now worked his way back to full fitness. The Swede has spent a frightening amount of time on the practice ground and you be absolutely certain that all the work will start paying off soon. He says that he feels good about his golf swing. Stenson is not a man to talk up his chances but when he tells you that things are good then you should be rushing out to your friendly bookie and getting some money on him.

It may be a little early for him, but I expect Stenson, the world number six, to have a big year, one in which he just might land that elusive major. He has everything. People will point to his waywardness with the driver but he hardly ever uses it, preferring to tee off with his three wood, which he hits about 300 yards.

Jason Dufner has already won once this season and has continued playing well. Whisper it, but it has been claimed that he has even been caught smiling. And why wouldn't he? He has also been a wonderful iron player, and is deadly from 100-120 yards. But the best news of all for Dufner is that he has finally put his putting woes behind him and is yielding the short stick with confidence.

I also expect to see a big challenge from South Africa, with Louis Oosthuizen, Branden Grace and Charl Schwartzel all in the field. With a recent  long overdue victory under his belt, Oosthuizen is bursting with confidence once again and when he enters any tournament with his mind in the right place he is capable of blowing the field away. Grace is a fabulous ball striker who is spending most of his time on the PGA Tour now; when he gets to grips with the greens, he will start winning a shedload of dollars.

As for Schwartzel, he should have won many, many more tournaments than he has but he has a tendency to get down on himself when things are not going his way. For large parts of the Cadillac WGC championship at Doral, he looked very impressive, but he made too many mistakes to get himself into contention. Again though, he is close. Very close.

Each Way: Jordan Spieth. Can he rediscover the putting magic?

Each Way: Louis Oosthuizen. A swing to die for

Louis Oosthuizen. Back in the winners' circle

Branden Grace. If he holes putts, he wins

Daniel Berger. Another of the good young Americans